The Victory Touring Cruiser is a motorcycle produced by Victory from 2004 to 2005.

The Victory Touring Cruiser was a air-cooled, 4-stroke, 50-degree V-twin Touring motorcycle produced by Victory between 2003 and 2006.

The engine was a air cooled air-cooled, 4-stroke, 50-degree V-twin. A 96.5mm bore x 96.5mm stroke result in a displacement of just 1507.0 cubic centimeters. Fuel was supplied via a single overhead cams (sohc).

The bike has a gear transmission. Power was moderated via the wet multi-disc, manual. 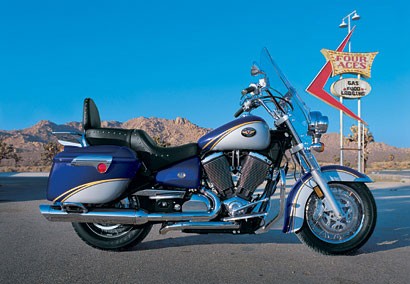 The 2005 MY Victory Touring Cruiser is a versatile cruiser from the House of Spirit Lake, one being able to use it either for an evening boulevard stroll, a weekend countryside cruise and even a cross-country long haul. It successfully combines classic and modern cruiser design features, as well as enough power, thanks to its air-cooled, four-stroke, 1507cc, 50-degree V-twin powerhouse mated to a five-speed manual transmission.

Features such as the deluxe, two-up seat, with lumbar support for the rider and a pillion backrest, the windshield, the cushioned floorboards, the freeway bars, as well as the lockable, hard saddlebags make for an excellent touring machine. And, add to this classic features such as the studded leather seat, the flared fenders, as well as extensive chrome-plating throughout the motorcycle, and you get a two-wheeler to fit the taste of even the most nostalgic rider. 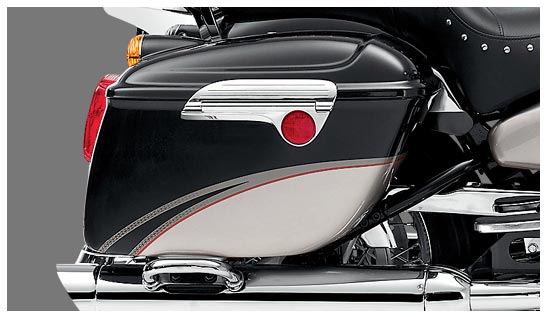 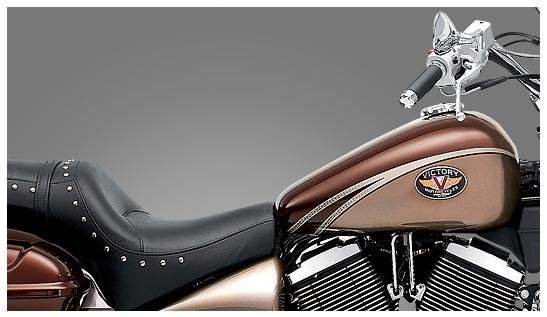 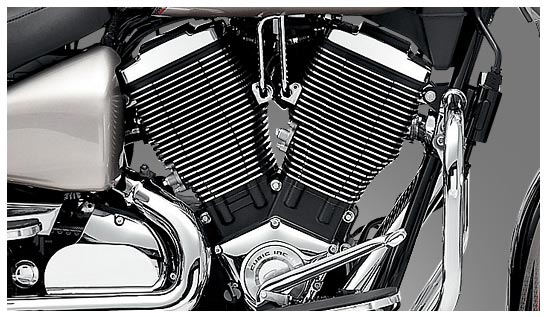 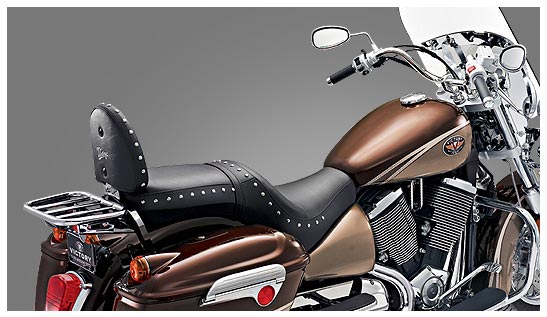 The 2006 MY Victory Touring Cruiser is a classic-inspired cruiser, with serious touring capabilities, thanks to standard features such as the deluxe two-up seat with lumbar support for the rider and a pillion backrest, hard, lockable saddlebags, cushioned rider floorboards, passenger floorboards, as well as a windshield and lower wind deflectors.

Classic touches such as the studded leather used on the seat and lots of chromed elements, such as the exhaust system, the frame, the fork, the headlight casing and the rear luggage rack are sure to appeal to the more nostalgic among Victory fans.