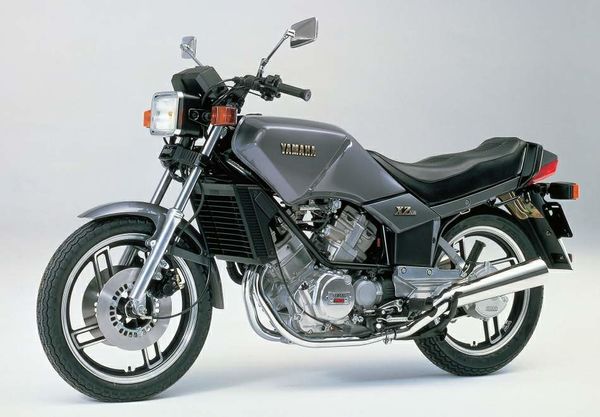 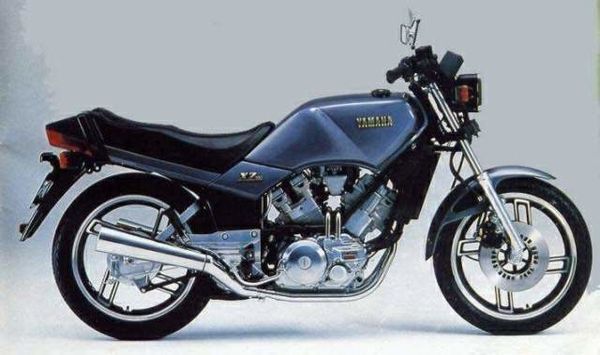 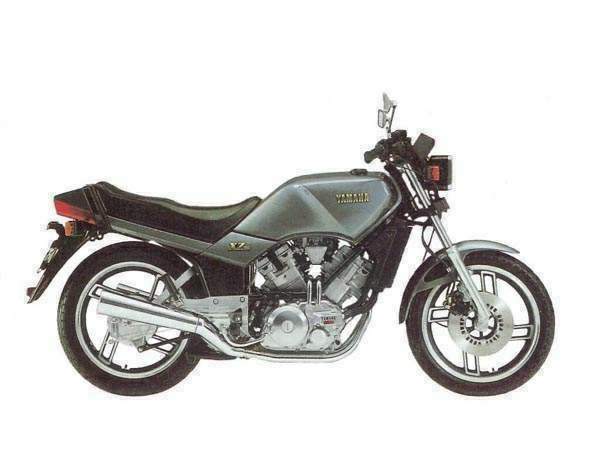 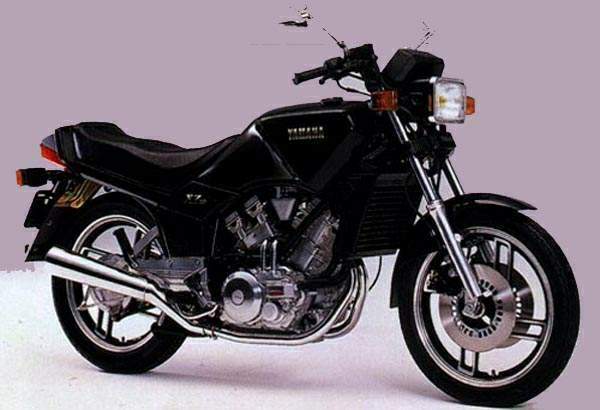 We've all had the chance to date someone years after we first met them. Would that person be like I remembered her to be? Would I still find her sexy and fun? These questions were in my brain as I picked up the 1982 Yamaha Vision. I was out of high school and into bikes when Yamaha offered this 550cc, liquid-cooled V-twin gem. Trouble was, I was broke. I shrugged off my desire as unobtainable. Fast-forward to the present. Initially, looks didn't disappoint. The transverse-mounted motor (think Harley-Davidson) keeps the cycle slender. Its broad, flat, metal tank is friendly to a variety of tank bags. Equally inviting is the wide bench seat, which easily permits my 32" inseam legs to find the ground at stops. While current bike styling is rounder and more organic, the boxier Vision has aged very well. The cockpit is kind of dated, with its chunky styling and 55 mph redlined speedo; a remnant of the "speed kills!" '70s. The tach redlines at 10K. A slow engine speed compared to today's zipper bikes, but plenty zesty enough to provide fun. A convenient choke/enrichener is mounted below the standard push-to-cancel turn signal switch. As a plus, the idiot lights are noticeable, even in direct sun. Coolant temp warrants its own gauge, and rubber-mounted blinkers on all corners are welcome for garage and parking lot blunders. The riding stance is pure Universal Japanese Motorcycle. This is definitely a bike you sit on, not in. Cast risers on the top triple-clamp bring the grips to your hands. Coupled with a low, foot-peg placement, you sit in a neutral, comfortable position. The passenger isn't forgotten either. That bench seat is good for an entire tank full, with low, forward-mounted footpegs on cast hangers which incorporate a neat boot guard, so you don't melt your soles on the pipes. This particular Vision came with an unusual factory-mounted full fairing. Unlike a lot of after-market jobs, this doesn't interfere with the controls or the handlebars at full lock. Convex rectangular mirrors are actually useful, until above eight thousand rpm, when the entire bike gets buzzy. While the windscreen provides an effective bubble at speed, the rest of the fairing generates an onslaught of clanks, rattles and buzzes. This may not be a problem around town, but could be annoying on extended runs.

So what is it like to ride? That friendly riding position coupled with the snorty motor and your typical period five-speed tranny make for a pleasant ride. The engine feels wheezy below four thousand rpm, but that may be simply a 17 year-old, low-mileage bike needing a carb cleaning. Things begin to stir at about six thousand, when the motor comes into its sweet spot of cam, valve train design and gas flow. It keeps pulling hard through the 10K redline, although at higher revs, an annoying lag would appear when the throttle is opened. This may be a function of hauling my 5' 10" 220 lbs frame around, or again, cruddy carbs. It is most fun if you keep it between six and nine thousand, to exploit that generous power band. If you've never owned a bike with the simplicity of shaft drive, check out a Vision. No chain oiling. No chain adjustment. No cleaning of flung chain-lube spooge from wheels. Drawbacks? There is a small power loss versus a chain set-up and a slight weight penalty, but this is no track bike, and most riders will never feel it. Until I go racing, I can live with it. At "Hello Officer!" speeds, the frame's limitations materialize. The skinny 90/90-18" front and 110/90-18" rear are easily overwhelmed. During rapid side-to-side transitions, the Vision shakes its head to remind you that you are aboard hard narrow tires. Unless you are very smooth with your throttle action, the shaft final drive pitches and bucks the tail. Ms. Vision definitely rewards the smooth operator.

Braking is handled by a single disc, with a single opposed-piston caliper in front and an easily locked drum in the rear. Not up to today's hardware, but more than adequate to stop the bike plus myself. This Vision wears one of two cast wheel options. In 1982, you could order this spoke pattern, a swooshy curved cast wheel or the traditional laced-spoke wheel. All-in-all, the Vision is one competent street mount. Its narrow profile, courtesy of that skinny V-twin, makes it an excellent city bike. Its smaller size is easier to manipulate, yet the 550cc motor creates enough usable power to safely brave our Interstate Highway combat zones. Historically, the Vision fits between Honda's CX500/650 and their much-loved NT650 Hawk. A generation more refined than the former, yet not quite as powerful and sporty as the latter. Mid-sized twins have never been too popular here in the US, although Suzuki's new SV650 is sold out. So how was the date? Yamaha's Vision turned out to be one charmer. It is an excellent street and city bike, with the potential for the occasional weekend road trip. The Vision is user-friendly enough to accommodate newer riders, but has enough steam in the boiler to please a rider who can safely scrape hardware. For less than $1,200.00, you could do a lot worse than this sport standard. I only wished I'd asked her out years ago... Source