The bike has a CVT transmission. Power was moderated via the ignition coil cdi. 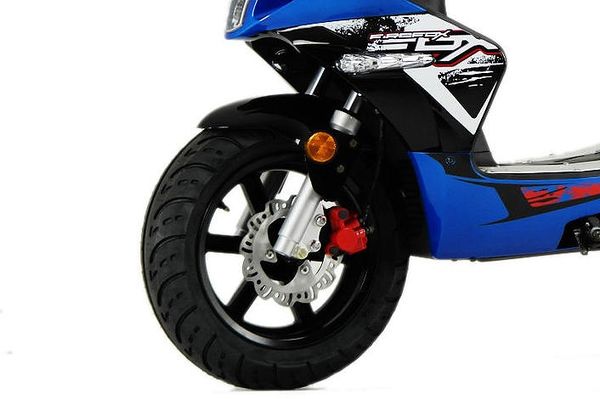 The 2015 MY AJS Firefox 50 is an entry-level scooter that is perfectly suited for a daily commute in the concrete jungle, no matter the rider age or experience level. It comes standard with a low seat height, a lockable under-seat storage compartment, a rear luggage rack pre-drilled for a trunk, blacked-out, aluminum alloy wheels, a dual seat and a digital instrument cluster.

In the tech/engine department, it sports a air-cooled, two-stroke, 49cc, single cylinder powerplant paired to a continuously variable transmission, and can produce a claimed 3 horsepower at 8000 rpm.