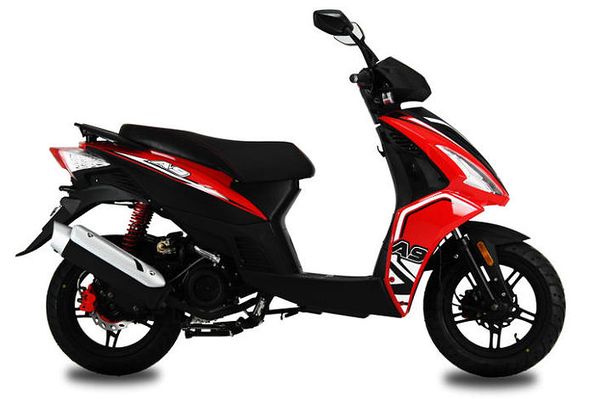 The 2015 MY AJS A9 Flight 125 has, at its heart, an air-cooled, four-stroke, 124cc, single cylinder engine paired to a continuously variable transmission (CVT), and can reach a maximum power output of 8 horsepower at 7500 rpm.

The key features for this machine would be the blacked-out, 13", aluminum alloy wheels, a lockable, under-seat storage compartment, a rear luggage rack that has been pre-drilled as a mount for a rear trunk, a youthful paint scheme, blacked-out overall finish, a digital instrument panel and a dual seat with passenger grab rails.