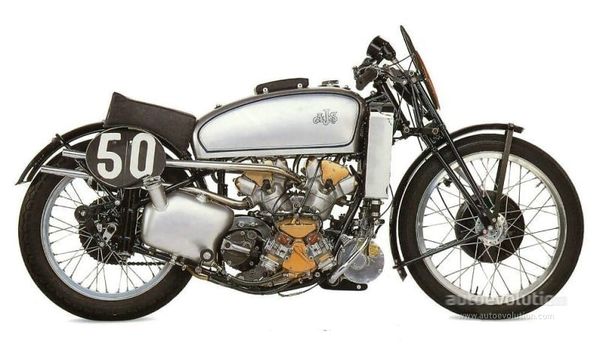 The first 500cc AJS V-4, with an unusual and revolutionary layout of the engine, was born in 1935 at Olympia Motor Cycle Show in London, the premier motorcycle show of that period. This AJS was hand crafted by Dan Smith. Unfortunately, this machine was not brought to market even if there was a supercharged version which raced in the Senior Isle of Man in 1936. Only a few bikes were made.