The Ariel Red Hunter was quite a good looking machine for it's time coming in both 350 and 500cc sizes, it was produced from 1932 until the late 1950s. Sammy Miller's successful GOV132 trials bike was based on a 1955 Red Hunter 500. A late 1930s Red Hunter 500 was among the best bikes of its day, capable of well over 75 mph (120kph) and reliable at the same time. The Red Hunter handling was supplied by it's girder front forks and rigid rear end. Rear suspension was introduced in 1939. The hunter continued to be slowly updated during the 1930s. When production was recommenced after the Second World War, it received telescopic forks and an alloy cylinder head. In the 1950s it received an update frame.

The engine was a air cooled single cylinder, four-stroke. A 81.0mm bore x 95.0mm stroke result in a displacement of just 497.0 cubic centimeters. Fuel was supplied via a overhead valves (ohv).

The bike has a 4-speed transmission. Power was moderated via the dry. 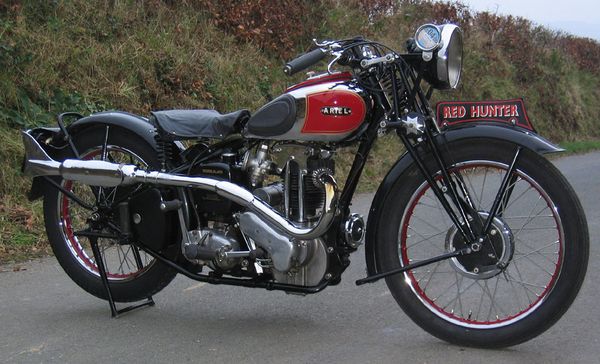 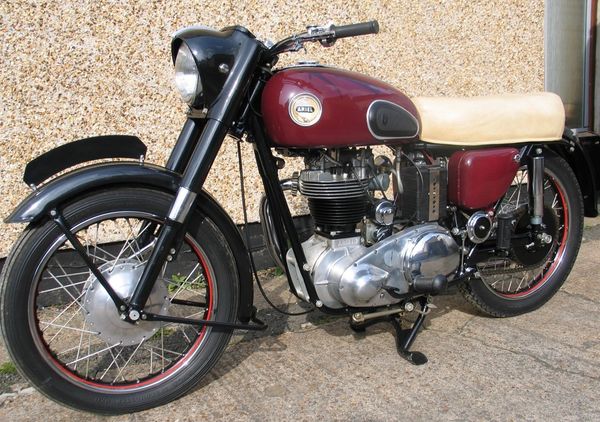 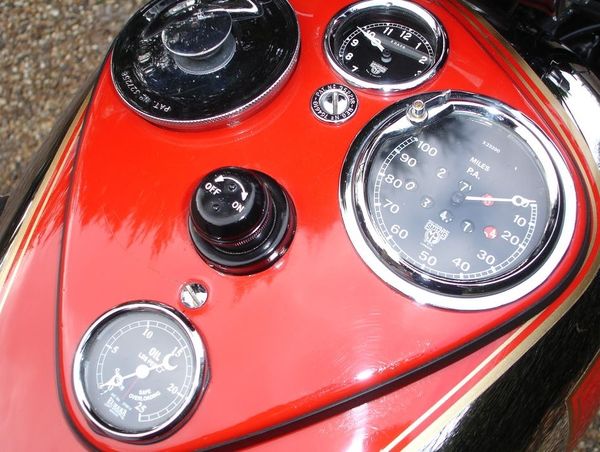 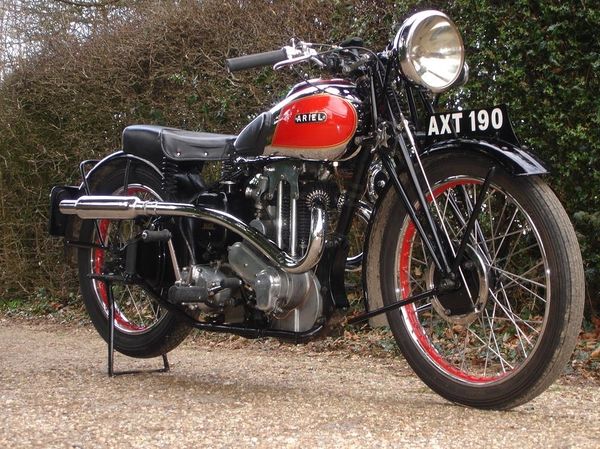 The 1932 VH 500 Red Hunter has, at its heart, an air-cooled, four-stroke, 497cc, single cylinder powerplant mated to a four-speed manual transmission, and can reach a maximum power output of 24 HP (17.9 Kw) at 6000 rpm. The key features for this machine would be the laced wheels, a parallelogram front fork, a hardtail rear suspension, a sprung seat, an analogue, tank-mounted instrumentation panel, a large headlight, a dual, mid-mounted, exhaust system, a blacked-out frame, and a drum braking system. 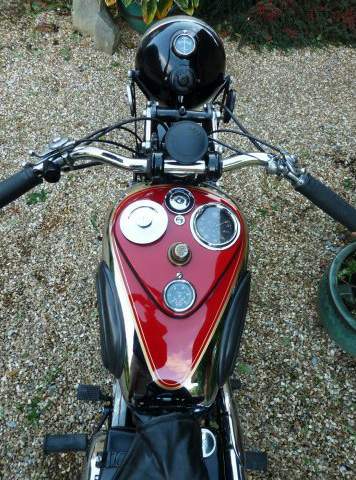 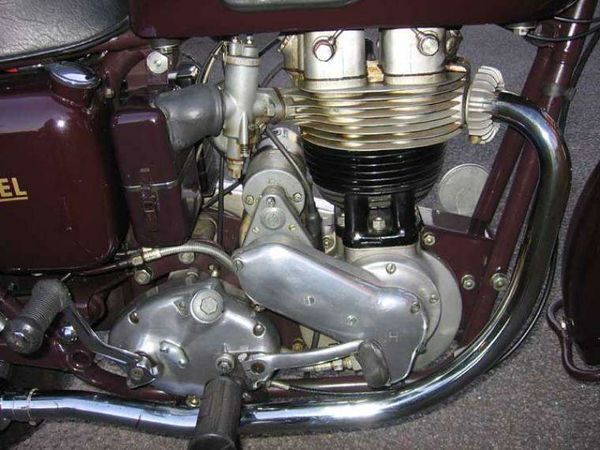 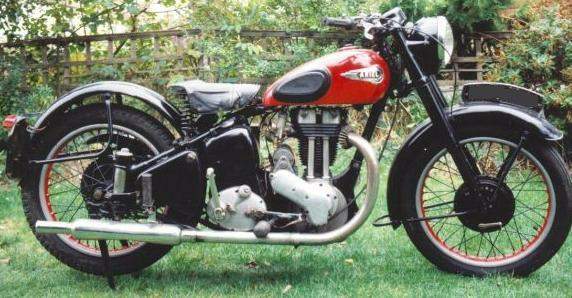 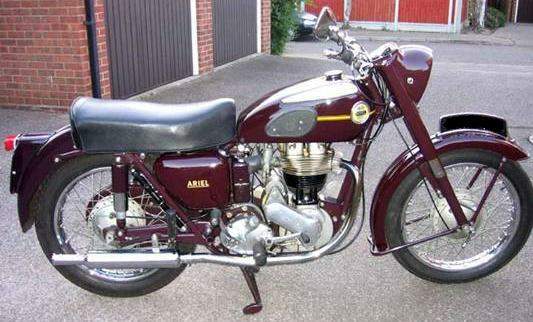 The 1945 Ariel NH 350 Red Hunter is a middle-class machine that addresses virtually all categories of riders. It sports an air-cooled, four-stroke, 346cc, single cylinder powerhouse mated to a four-speed manual transmission, and can reach a maximum power output of 5800 rpm. Standard features include a tank-mounted, analogue instrument panel, laced wheels, a telescopic front fork, pluger shocks as a rear suspension, a drum braking system and a large headlight.