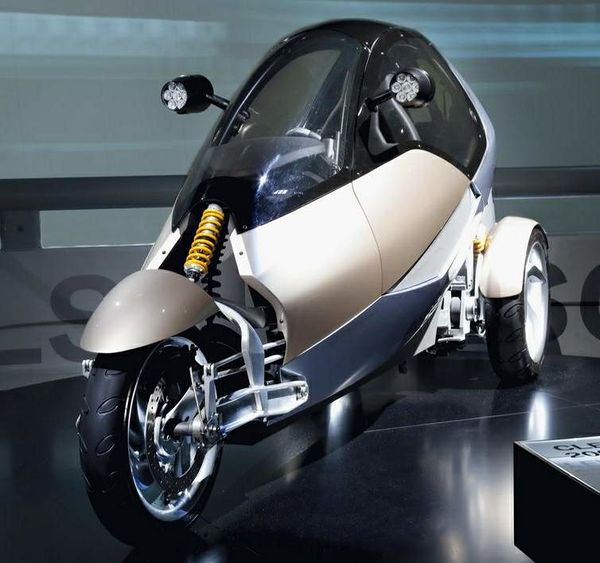 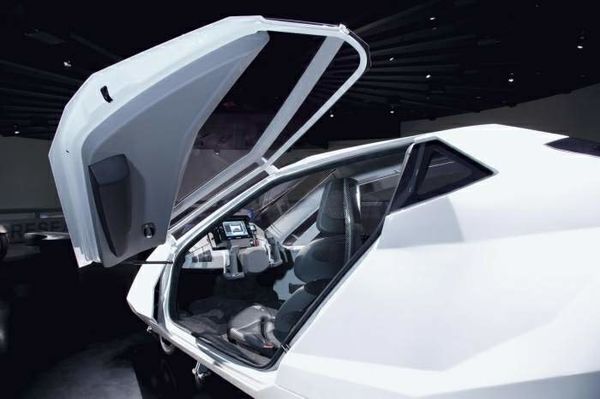 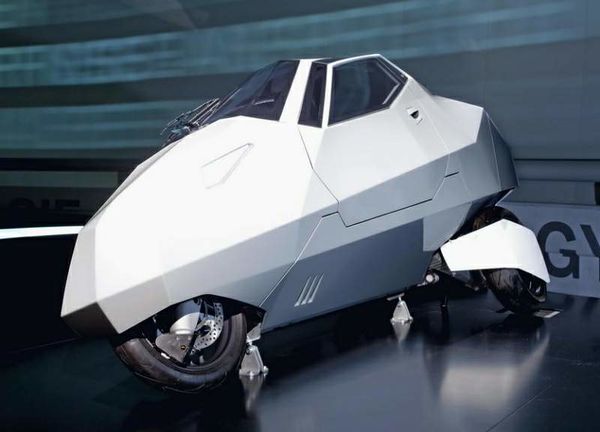 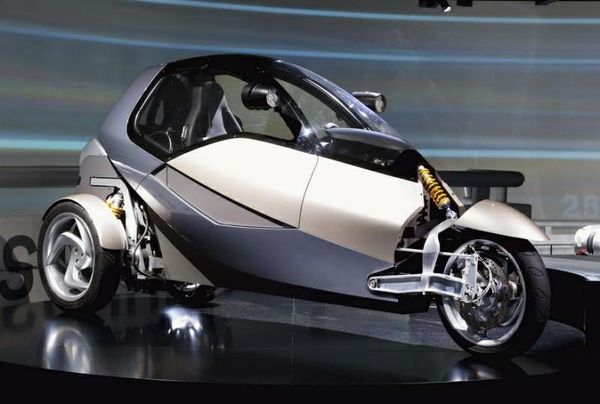 BMW Press release  9 October 2009 Two vehicle concepts are about to join the changing exhibition at the BMW Museum. In the course of its history, BMW has repeatedly provided impulses for the further development of personal mobility through innovative vehicle and drive concepts. Last year's special exhibition 'Concept Vehicles' at the BMW Museum presented a selection of these unusual concepts. Now two more vehicles from the recent past are about to be added to the exhibition. Known as SIMPLE and CLEVER, this brace of concepts goes on show at the Museum on 9th October, bearing eloquent witness to BMW's innovative strength.

Simple combines features and advantages from both automobiles and motorcycles. The concept owes its passenger cell to the car, providing protection from wind and weather as well as shielding the driver from exterior noise and offering occupants a high degree of safety in the event of an accident. The motorcycle inspired the slim design of the Simple (at just 110 centimetres wide) and its configuration for two people sitting one behind the other. Plus it boasts the dynamic driving style typical of a two-wheeler, allowing you to lean right into corners as desired. The designation "simple" is an acronym of the project name "A sustainable and innovative mobility product for low energy consumption". The BMW designers initially planned a small vehicle with low weight and minimal aerodynamic drag properties. Following a concept phase of several months, the pooled requirements and ideas gave rise in 2005 to a vehicle based on tilting technology. In contrast to other vehicle concepts in which only the passenger cell tilts during cornering, here all the driver has to do is determine a change in direction for the appropriate tilt to follow automatically. The stand-out feature of the Simple concept is that it activates the hydraulics only in exceptional situations, for example if the vehicle threatens to become unstable during extremely slow driving, when righting the vehicle during standstill or in extreme situations such as drifting. Otherwise, Simple rides like a motorcycle and, beyond natural gravity and gyroscopic forces, requires no energy whatsoever to lean into a corner. The passenger also benefits from this tilting technology as he feels no transverse forces and, particularly during rapid changes of direction, need not compensate for any lateral movements. All that is needed to power this lightweight vehicle with a kerb weight of approx. 450 kg is a 36 kW combustion engine. Acceleration from 0 to 100 km/h is estimated at under ten seconds and the vehicle has an excellent drag coefficient of 0.18. Using the electric motor and the combustion engine, the Simple would need just 6 kWh (equivalent to 0.7 liters of petrol) or two liters over 100 km.

CLEVER is the acronym for "Compact Low Emission Vehicle for Urban Transport" and refers to a research project aimed at producing a low-emission, practical city vehicle. The CLEVER project was launched in 2002 as an initiative of Berlin's Technical University, sponsored by the 5th Framework Programme of the EU Commission. Further research partners were the University of Bath, England, the Institut Francais du Petrole and the University of Natural Resources and Applied Life Sciences, Vienna. Involvement on the industry side came from Cooper-Avon Tyres Ltd., the ARC Light Metal Competence Centre Ranshofen GmbH, TAKATA-PETRI AG and WEH GmbH. The BMW Group took over the technological management and the construction of the chassis, interior and exterior. The design and the prototypes likewise came under the aegis of the Being CLEVER means sitting one behind the other in a three-wheeled vehicle driven by a low-emission natural gas engine. And that adds up to low aerodynamic drag, minimal weight and a small road footprint: the research vehicle is around 3 metres long, 1 metre wide and 1.4 metres tall, weighs in at under 400 kilograms and offers no more than a square metre of frontal area to the airstream. But being CLEVER also means enjoying the riding fun of a motorcycle coupled with the safety of a passenger car. To this end, the driver and passenger sit in a crash-optimized aluminum space frame with computer-controlled tilting during cornering, offering occupants a typical two-wheeler ride experience. Focusing on the essentials of motorised travel in city traffic thus paved the way for new technologies and innovative solutions. The tilting technology, in particular, was then a novelty in this form: the single-cylinder engine along with the seamless CVT transmission are mounted in a subframe to which both rear wheels - controlled by swing arms - are attached. The connection to the front main frame is by a central pin with two hydraulic actuators. Depending on the driving situation, these ensure that the driver and passenger lean into corners by up to 45 degrees. It makes for driving that is free of transverse forces and, for the first time, is entirely computer-controlled. The research engineers came up with a similarly unusual solution for the front steering, which is controlled by an H-shaped swing arm. To save space and weight on the one hand, while on the other creating a secure connection to absorb energy in a frontal collision, they developed a new kind of wheel hub steering. The pivot pin around which the wheel turns during steering is located inside the wheel hub, allowing the front axle to be attached to the swing arm flanges on both sides. When the driver turns the steering wheel - which, incidentally, comes from the BMW Z4 - a steering transmission with lever arm control transmits the steering commands. This not only prompts the wheel to turn but, depending on speed, also tilts the entire passenger cell into the corner.

BMW Simple A paramount aim of the CLEVER was to use a drive system with minimal emissions. The stipulation of low CO2 emissions in the region of 60 grams per 100 kilometres was thus part of the brief from the start. The researchers opted for a fully developed single-cylinder engine with 230 cc displacement and output of 12.5 kW, powered by natural gas from two compressed-gas cylinders. The research vehicle accelerates from standstill to 60 km/h in around 7 seconds, going on to a top speed of approx. 100 km/h. The two gas cylinders each contain 1.7 kilograms of CNG (Compressed Natural Gas) to provide a range of about 200 kilometres. That means it costs two people 1 euro to travel around 100 kilometres. The cylinders are also designed to be easily refilled at gas filling stations as well as at home. On a par with eco-friendliness and energy efficiency, a high level of passive safety was among the principal requirements in the brief. As in a Formula One racing car, the main frame - weighing just over 60 kg - constitutes the survival cell, while the front wheel and steering ensure a deformation path of some 35 centimetres to absorb sufficient energy in an impact. Thanks to special seat belts and a specially developed driver airbag, the research vehicle complied with the Euro NCAP crash test requirements for small cars at the time: even in a frontal collision at 56 km/h, the three-wheeled prototype offered a secure survival cell. Media Website: