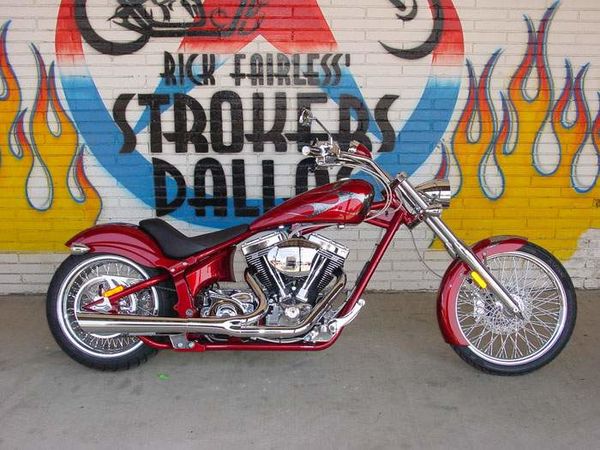 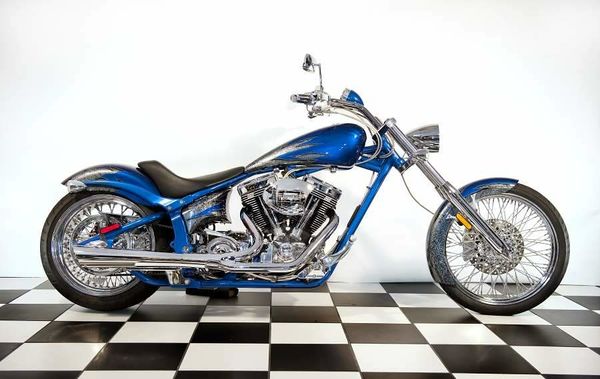 The 2008 MY Big Dog Mutt has, at its heart, an air-cooled, four-stroke, 1916cc, 45-degree V-Twin powerhouse paired to a six-speed manual transmission. The defining features for this American chopper would be the laced wheels, the single seat, the pull-back, wide handlebars, a raked-out front end with a 41mm telescopic fork, a chromed, two-into-one exhaust system, a hard-tail rear suspension with hidden dual shocks, plus an analogue instrument cluster.