It came with a 2.75-21 front tire and a 4.60-17 rear tire. Stopping was achieved via single 240mm disc in the front and a 130mm drum in the rear. The front suspension was a telescopic fork while the rear was equipped with a mono-shock. 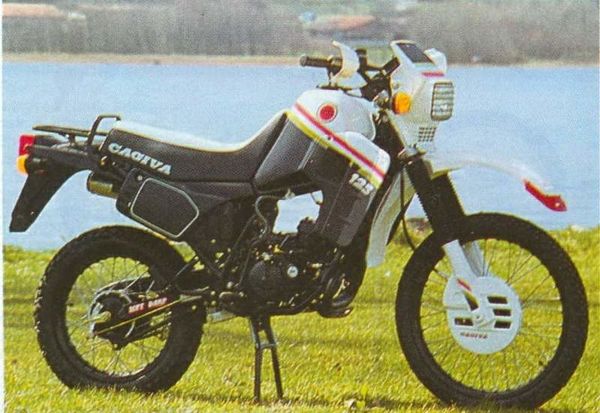 The Lucky Explorer version of the Elefant 2 is a more-off-road oriented version, for the more adventurous among Cagiva fans, and has a more high-end suspension package, off-road tires as standard and hand-guards, allowing it to tackle the harshest of terrains. It also has a maximum power output of 22 horsepower at 8500 rpm from its liquid-cooled, two-stroke, single cylinder powerhouse. In all other departments, it shares its specs with the base model.