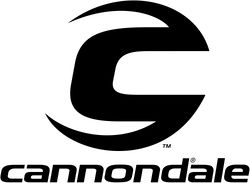 Cannondale Corporation is a manufacturer of bicycles and a great player on the off-road motorsports stage. From the beginning, since 1971, when it introduced the first bicycle trailer, the company grew step by step so, in 2003 it was able to offer five ATV's and six motorcycle models. The company's products, more than 80 models, are sold in 60 countries. Regarded as the bike industry's leading innovator, Cannondale has won a lot of design awards: the "Publisher's Award for Innovation" from Bicycling magazine, "Technological Development of the Year Award" from VeloNews magazine, ""Best Of What's New" award from Popular Science, "Best New Products of the Year Award" from Business Week. The Cannondale mountain bikes have grabbed eleven World Championships, seventeen World Cup Series overall titles, sixteen National Championships and two Olympic medals.

The well known Cannondale motorcycles are C440R and E440. Talking about ALL-TERRAIN VEHICLES, Cannondale has released the FX400, the Blaze, the Canibal and Speed, the successor of the FX400. In 2003, Cannondale tried to give some life to the off-road motorcycles but the effort was useless, so, the bankruptcy was declared. It was purchased by Pegasus Partners for US$58 million. The company experienced a deja-vu at the beginning of 2008 when Dorel Industries Ltd.purchased Cannondale from Pegasus, for US$ 190 million.

Cannondale had 2007 sales of about $200 million. Dorel, headquartered in Montreal and with operations in the United States and Europe, owns Pacific Cycles, which produces some brand bikes. Dorel employs approximately 4,700 people in 15 countries and annual sales are US$1.8 billion, made in over 60 countries worldwide.