It came with a 2.75 -17 front tire and a 2.75 -17 rear tire. Stopping was achieved via Drum, Amadori in the front and a Drum, Amadori in the rear. The front suspension was a Hydraulically damped telescopic forks while the rear was equipped with a Swingarm, dual shocks. The bike weighed just 80 kg / 176 lbs. The wheelbase was 1250 mm / 49.2 in long. 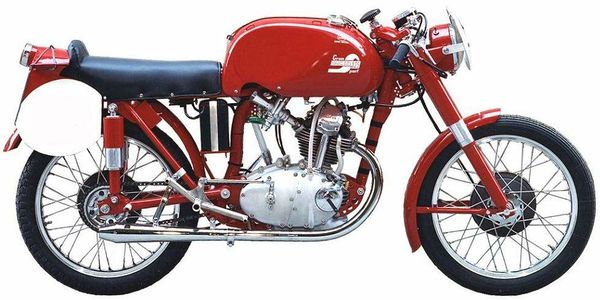 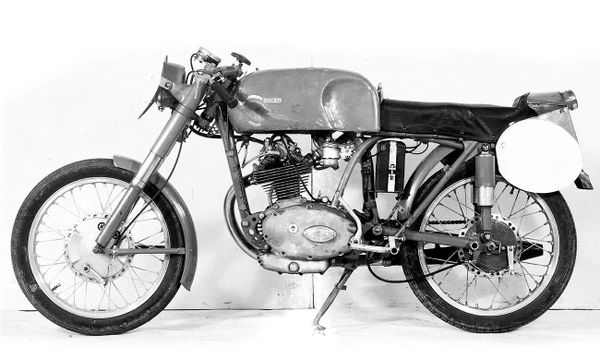 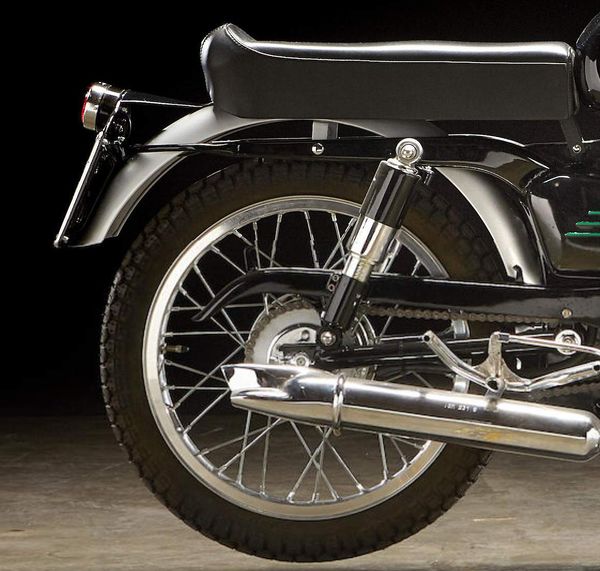 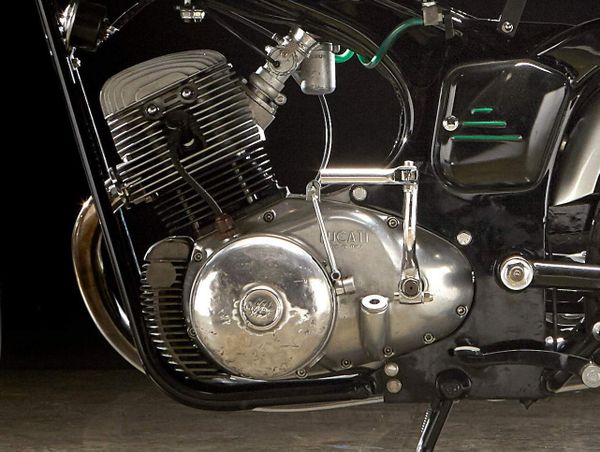 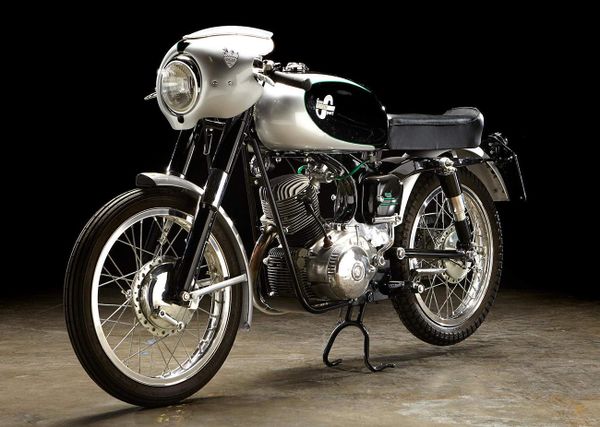 When you consider the source, the 1955 Ducati Gran Sport "Marianna" was a most improbable machine. Two decades earlier, Ducati had been making radios, not motorcycles. Nine years earlier, in 1946, when Ducati came out with its first motorbike, it wasn't fierce or outlandish but a cute, two-horsepower gas-sipper called the "Cucciolo" ("puppy" in Italian).

But, by 1954, an engineer named Fabio Taglioni had joined Ducati, and his brilliant aesthetic sense combined with his genius for motor-making transformed the firm into a design and motoring tour de force. In 1955, the Gran Sport was only a 100cc bike with a four-stroke, single-camshaft engine, but by late 1956, Taglioni had developed a triple-camshaft "Desmo" 125cc Gran Premio racing bike capable of a screaming 12,500 rpms--unheard-of revs in those days.

But even before the Gran Premio, competition had proved the brilliance of the Marianna--so nicknamed because Taglioni's 1955 design was approved for production during the Catholic celebration of St. Mary. The Marianna blew away the competition at its first race and went on to dominate world competitions until the start of the 1960s. The bike was particularly successful at Milano-Tarantos and also won at three straight Giro Motociclistico d'Italia (Moto-Giros) endurance races that ran for five straight days. By the way, although the Gran Sports never had large displacements, they weighed less than 180 pounds and could easily run to 120mph. -- Michael Frank