From CycleChaos
< Ducati 48
Jump to navigation Jump to search

The engine was a Air cooled cooled Two-stroke, single cylinder, piston port. The engine featured a 6.3:1 (from 1963: 7:1) compression ratio. 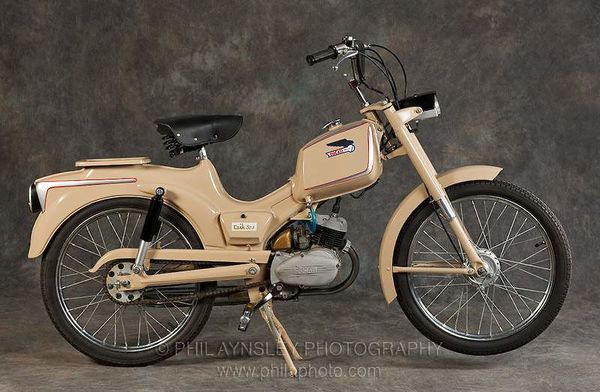 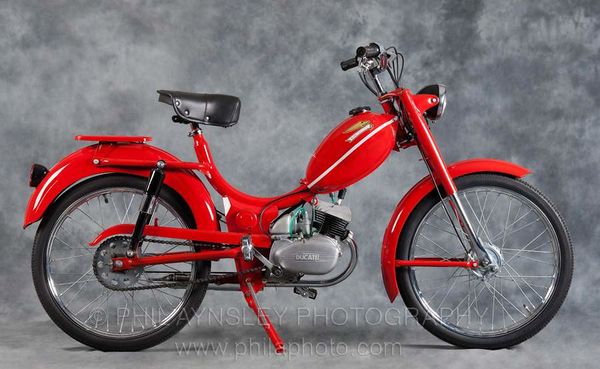 The 48cc Brisk was introduced in 1961 and was sold (mainly in the domestic market) until 1965. It had but a single speed and the 2-stroke engine put out 1.3hp at 4,250rpm giving the 40kg bike a top speed of 40kph. The tubular frame was replaced by a pressed steel design in 1962. In 1967 the Brisk 50/1 was introduced (as seen here). Changes were mostly cosmetic with a rectangular tank, angular front mudguard and a small square-bodied headlight. A single or dual seat was available. Text and Photos: