The Ducati 500GTV was a air-cooled, four-stroke, parallel twin cylinder, SOHC, 2 valves per cylinder Classic motorcycle produced by Ducati in 1978.

It came with a 3.25-18 front tire and a 3.50-18 rear tire. Stopping was achieved via dual 256mm discs in the front and a single 257mm disc in the rear. The front suspension was a telescopic fork while the rear was equipped with a dual shock absorbers. The 500GTV was fitted with a 1.32 Gallon (5.00 Liters) fuel tank. 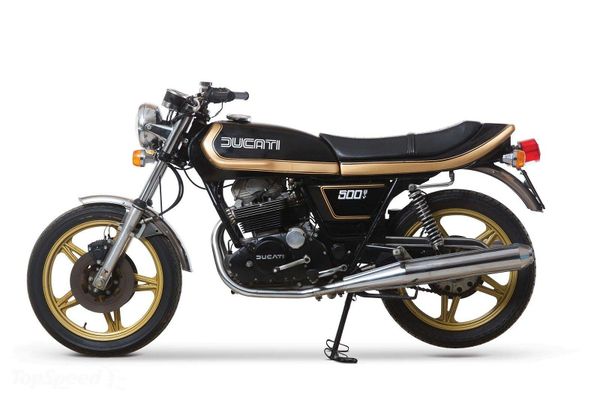 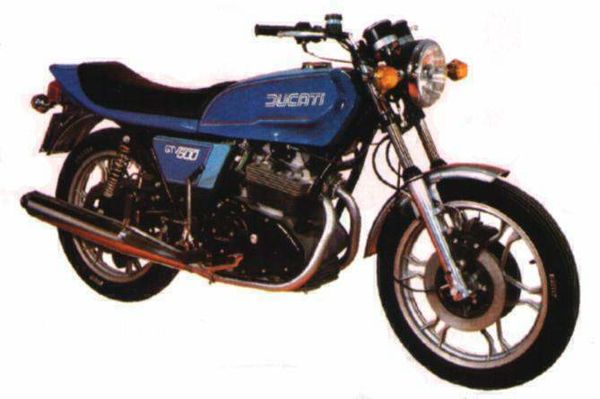 Unlike its 500GTL sibling, the 1977 Ducati 500GTV has been designed for superior performance, instead of comfort. It sports an air-cooled, four-stroke, 497cc, parallel twin cylinder powerhouse mated to a five-speed manual transmission.

Standard fittings include a chromed, dual exhaust system, Borrani cast-aluminum wheels, a plush, dual saddle, an analogue instrument cluster, wide handlebars, a round headlight, front and rear blinkers, a front Marzocchi telescopic fork coupled to dual shocks as a rear suspension, and a Brembo braking system with dual front discs and a single disc in the rear.