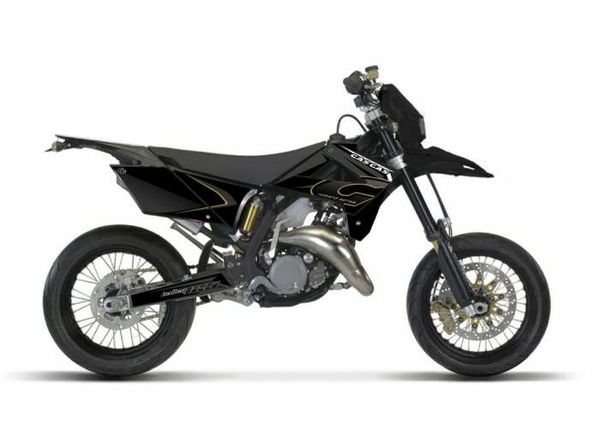 The 2007 Gas Gas SM 125 Halley is a blacked-out, entry-level supermotard, designed to commemorate 20 years since the debut of the first Halley 327 machine. It also has been fitted with a 41mm upside-down telescopic fork, a 27mm carburetor, black finishes throughout the bike and a digital instrumentation display, as opposed to the base SM 125.