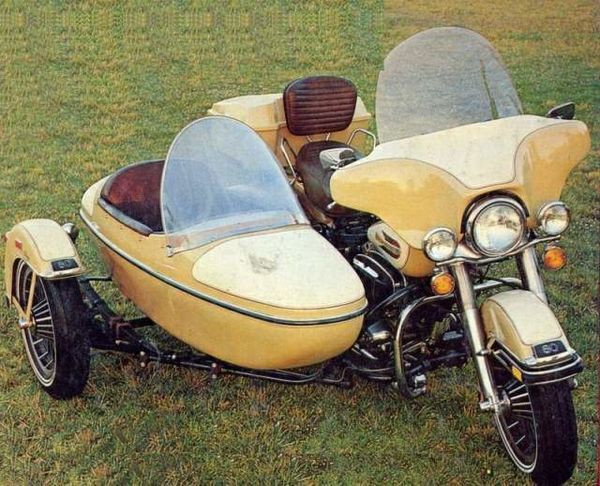 The 1979 Harley Davidson CLE Classic Sidecar has, at its heart, an air-cooled, four-stroke, 1337cc, 45-degree V-Twin powerhouse, that was paired to a four-speed manual transmission with a chain final drive, and can reach a maximum power output of 58 horsepower at 5000 rpm.

Also, it has standard fittings such as a bat-wing fairing with a windscreen, a sidecar windscreen, a dual seat with passenger backrest, auxiliary headlights, passenger grab rails, an analogue instrumentation panel, front and rear disc brakes, wide handlebars and a rear trunk.