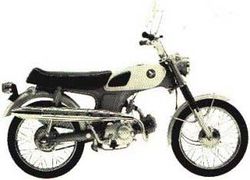 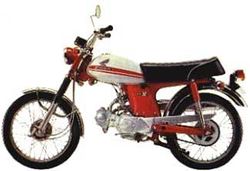 The Honda CL50 was a 4-stroke 49cc street motorcycle built by Honda between 1967 and 1971. The CL designation indicated this model to be the "Scrambler" version which implied some off-road capability prior to actual dirt-bikes gaining popularity. The CL series of bikes were actually street bikes with a higher rear fender, a braced handlebar, and a high-mount exhaust.

It appears that Honda phased out the CL50 and Honda CL90 in favor of the Honda CL70. Various state laws kept restricted licenses at under 5 brake horsepower which the CL70 met with 4.9 bhp. 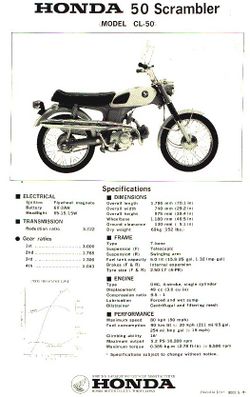 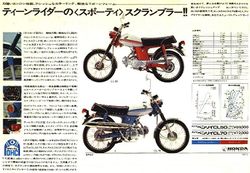