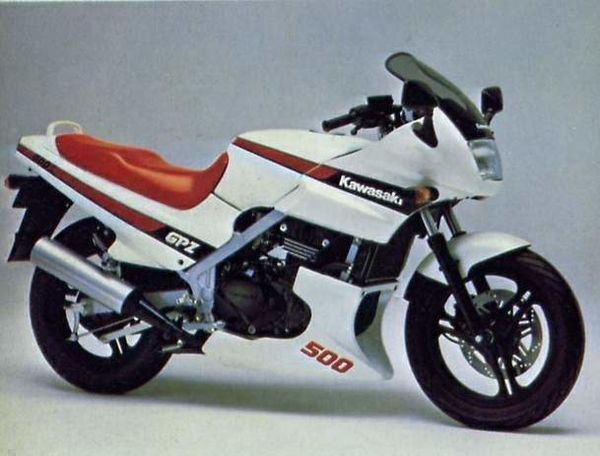 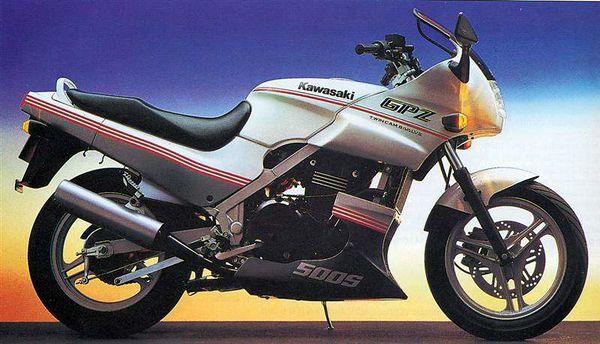 The Kawasaki Ninja 500R (which was originally named, and is still referred to as the EX500 and is known as the GPZ500S in some markets) is a sport bike with a 498 cc (30.4 cu in) parallel-twin engine, part of the Ninja series of motorcycles manufactured by Kawasaki from 1987 to 2009, with a partial redesign in 1994. Although the motorcycle has a sporty appearance, it offers a more standard, upright riding position with greater comfort and versatility. It provides a combination of performance and low operating costs, which has made it a favorite as a first motorcycle with new riders and popular with experienced riders on a budget. 2009 was the last model year for the Ninja 500.[2]

Given that it was Kawasaki's best-selling sporty bike for a number of years, the EX500 is a popular mount for road racing, offering low price and availability of spare parts. It also offers a wide but forgiving performance envelope suitable for new riders or even veteran club racers, eschewing the significantly higher expense of campaigning 600 cc or larger supersport machines. In its latter years, the long-running (now-defunct) Production Twins class of the LRRS racing organization in New Hampshire was composed primarily of essentially stock EX500's. The United States Classic Racing Association retains a similar class, and in 2014 CCS Racing created the 500 SuperSport class, which has a competitive class for relatively stock EX500's to race against similar machinery.