From 1987-1990, the Suzuki DR-750 was the largest model in the DR line. Later replaced by the Suzuki DR800SE, it was too heavy for any serious off-roading, though it still was created with nods toward the DR-650. The bike's overall look is more like that of a street bike, but it's often seen with dirt-bike things such as a skid plate or hand guards. 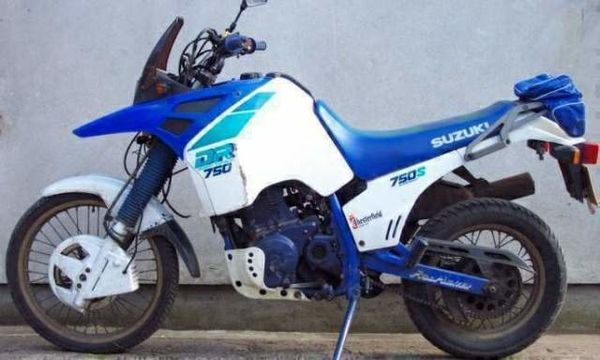 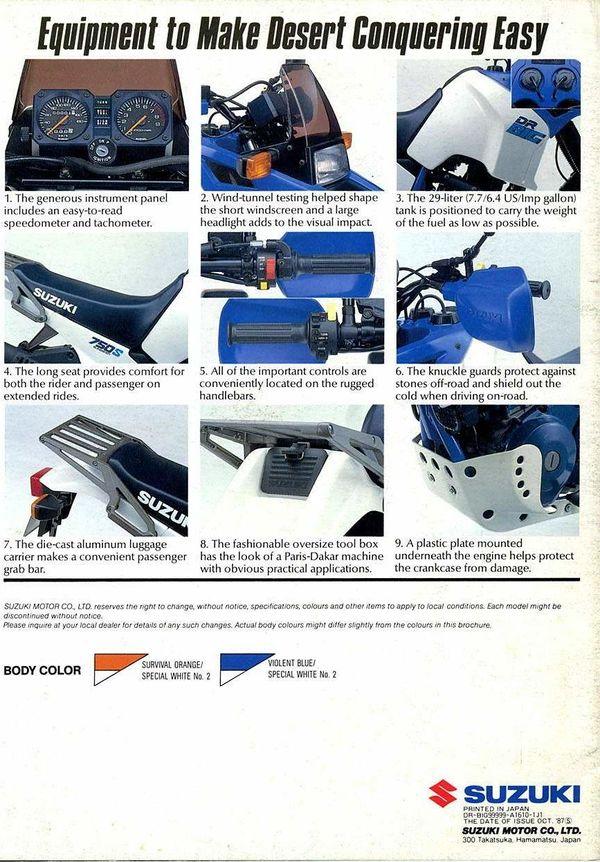 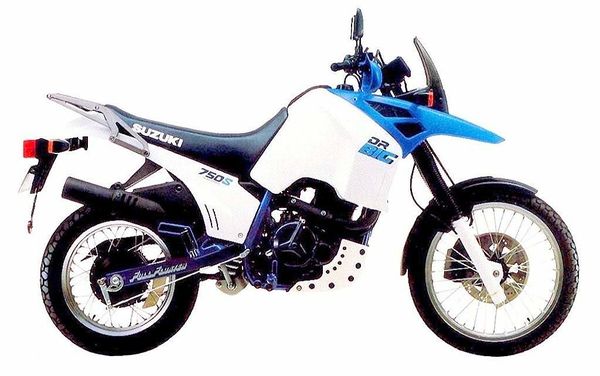 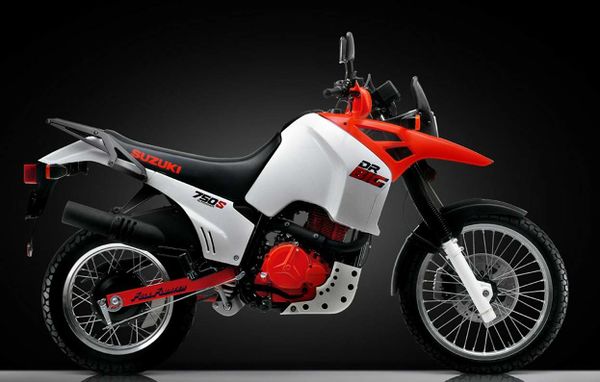 No standard bike has the larger cylinder displacement than DR Big. The engine is although narrower than any twin offroad engine. The enormous single suits well for those who think twins are too clumsy and need more power than the smaller singles can offer. Naturally, no large single cylinder like low. But slow cruising with the highest gear is not what DR Big was meant to. Thats the limitation you have to live with if you buy a DR Big.

No, DR Big is a bike for riders who dont want to ride fast, and not just on the tarmac. DR Big is a mass production model of the DR-Z, rode by Gaston Rahier at the Paris-Dakar rally If you have long legs, the form of the gasoline tank could make your life a bit miserable. You knees simply wouldn't fit into the sunken tank sides. The problem was solved in 1991 years model when the gasoline tank was totally redesigned.

DR800 replaced the DR750 in 1990. The engine got six mm longer stroke (the bore was unchanged 105 mm), the cylinder displacement increased from 727 cc to 779 cc. Otherwise it was still just about the same bike.

DR Big saw a major update in 1991. The gasoline tank was decreased with five Liters , now being only 24 Liters . The form of the tank was also new; the scooping on the sides of the tank was made wider for riders with long legs. The saddle was wider and more comfortable and even the suspension was upgraded.

For being a large offroad bike the DR Big has always had an unusually well balanced suspension and long suspension travel. You can actually take it for a spin on a cross circuit without risking a heart attack.

The models before 1991 are the best choice for really long distances with their enormous gasoline tank and the possibility of getting lots of packing with you. The exhaust was placed relative low that makes it possible for fastening saddlebags without risking burning them up. On the other hand, the saddle is not that comfortable on the older models.

Although the models after 1991 were more comfortable and perhaps better looking, the new exhausts (now two pipes instead of one) were not as practical and even raised the weight balance.