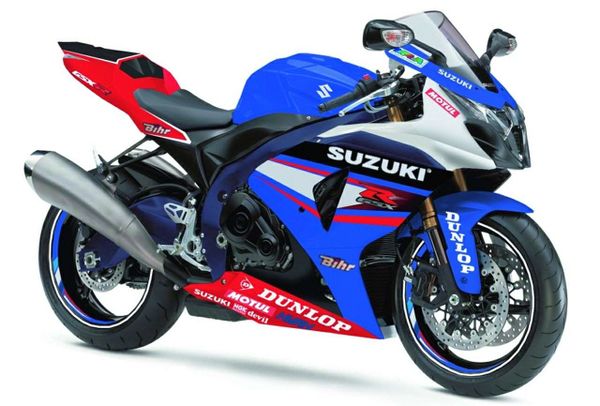 Over that 2009 model, this current model receives 12 updates: 1. Total weight is down 4.4lbs. Largely due to the switch to a single exhaust can that uses a much smaller collector and catalyzer, but unsprung weight at the front is also slightly reduced. 2. The exhaust valve is retuned to bring some minor advantages to low- and mid-RPM torque. 3. Pistons are 11 percent lighter thanks to a thorough finite element analysis that more finely webs their undersides. 4. Cylinder ventilation holes are now larger and pentagonal in shape, minimizing pumping loses inside the engine. 5. Compression grows from 12.8:1 to 12.9:1, again bringing claimed increases in low- and mid-range torque. 6. Camshafts alter in profile slightly. Again chasing that torque. 7. Valve tappet skirts shed 2.5 grams a piece thanks to thinner construction. 8. A revised ECM is claimed to bring 8 percent better fuel economy and make throttle response more linear. 9. Brembo Monobloc calipers and lightweight Sunstar Engineering discs improve stopping power, shed unsprung weight and add a little bling. 10. Settings in the front forks (Showa BPFs) are altered in some undefined way. 11. Brand new Bridgestone S20 OEM tires drop a little unsprung weight and expand the GSX-Rs performance envelope to be more appropriate for street use. 12. The material used to coat the rider seat is grippier.

The Ride: Wes threw me the keys to the GSX-R for a few days and I used it around Los Angeles as sensible transportation, then hit the Malibu canyons on it two days in a row, where these photos and this video were shot.

Im not fully bike-fit yet, after breaking my leg last fall. My right knee is still only about 70 percent of what it was, meaning I lack the full range of movement and I cant modulate the weight I apply to the right rearset; my legs just dead weight. That wears me out fast and makes my foot go numb after just a quick stint of aggressive riding. This temporary handicap makes me extra sensitive to bike set up and ergonomics. Right now, Im not able to make up for flaws in a bikes handling using my typically-more-athletic riding.

Whats Good: Once in the canyons, the Suzukis handling prowess comes to the forefront. I found myself being able to easily stick to my chosen lines. Both super agile and super stable, its predictable movements on the road translated into go faster confidence.

The slim tank is easy to grip with your outside knee and thigh, improving agility through direction changes.

I couldnt stop raving to everyone I met in the canyons over the weekend about how Suzuki got the fueling so spot on. Its such a relief to ride a stock bike in A mode and not have your confidence destroyed by incredibly abrupt, jerky fueling from off-to on-throttle. The GSX-R1000s predictable, smooth power curve makes for confidence-inspiring throttle applications both in the city and through the canyons. You wont be blown away by its outright power, but it is still competitive with its Japanese rivals.

Whats Bad: I hate to bash the GSX-Rs ergonomics because Im not fully fit yet, but my legs cramped immediately on the GSX-R1000. This made gearshifts cumbersome. It seemed like I had to move my left foot far too much to achieve a shift, really stomping on the lever to guarantee it selected the next gear down. Where Id typically enter a corner hot, under heavy engine braking, this had me backing off and relying on the Brembos instead.

And while those calipers are Monoblocks, as fitted to most other superbikes these days, the master cylinder isnt a Brembo item, leading to a vague, mushy lever feel. The power of the calipers isnt felt until the second half of lever travel. The GSX-R is crying out for both a better master cylinder and braided lines, making that change will improve both feel and outright stopping power.

Both the dash and three-spoke rims feel dated compared to the superbike competition. Update please.

More problems arise for the Suzuki when you compare it to the European competition. The Aprilia RSV4 R now starts at just $13,999 and includes Aprilias amazing APRC suite of rider-aiding electronics. Its also sharper, wears high-spec components and is totally ready to rock straight out of the box as a result. The all-conquering BMW S1000RR is more expensive at $15,050, but makes considerably more power and includes both TC and ABS as standard. At 18 grand, the Ducati 1199 Panigale is way more money, but captures hearts and headlines in a way the Suzuki can only dream about.

Having said that, Suzukis current 0% APR for five years across every single one of its models makes buying its bikes incredibly easy.