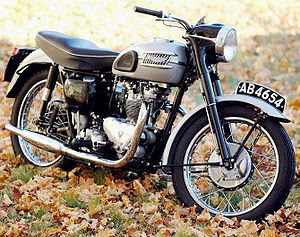 The designer was Edward Turner. Like the Triumph Speed Twin, the Tiger 100 used gears instead of a chain to drive the camshaft, and both cylinders were fed by a single Amal carburetor, which was possible thanks to the 360-degree firing interval of the two cylinders.

The engine was a air cooled twin, four-stroke. A 69.0mm bore x 65.5mm stroke result in a displacement of just 490.0 cubic centimeters. Fuel was supplied via a overhead valves (ohv).