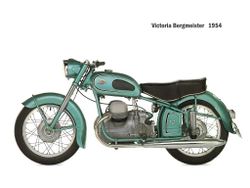 Similar to BMW, the German firm of Victoria built flat-twins in the 1920s. Their best known model however, was the V35 Bergmeister of the 1950s, a 350cc V-twin whose early vibration problems caused it to have a lengthy development. Later bikes included the revolutionary 197cc Swing of 1956, which featured push-buttom gearchanging. In 1958 Victoria joined DKW and Express to form the Zweirad Union, but sales were poor and production came to an end in 1966. 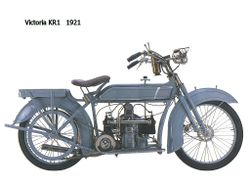