It came with a 120/70 ZR17 front tire and a 180/55 ZR17 rear tire. Stopping was achieved via dual 320mm discs, 4-piston calipers in the front and a single 220mm disc, 2-piston caliper in the rear. The front suspension was a 43mm Ohlins upside-down fork while the rear was equipped with a adjustable monoshock. 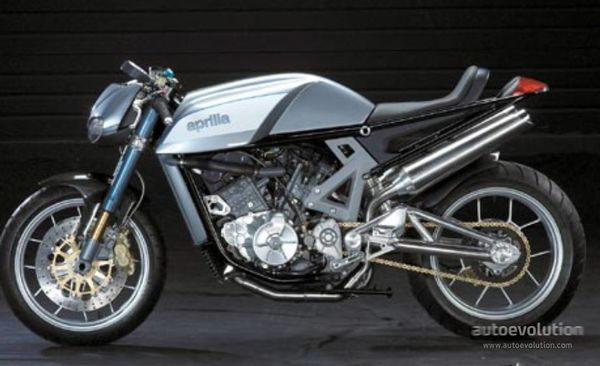 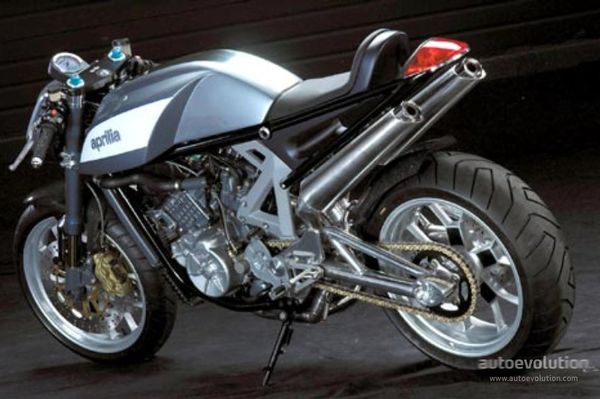 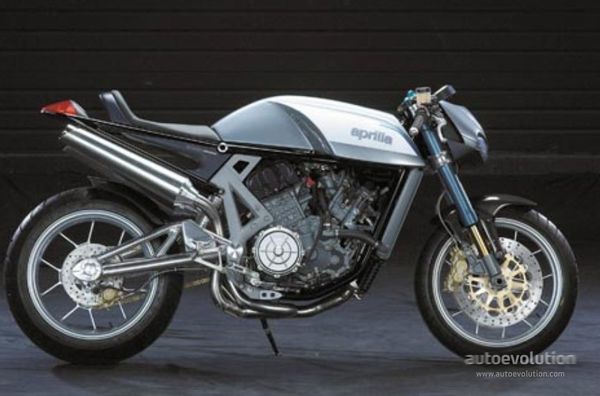 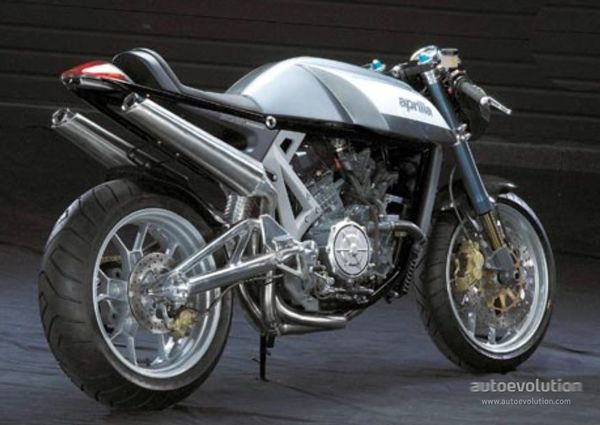 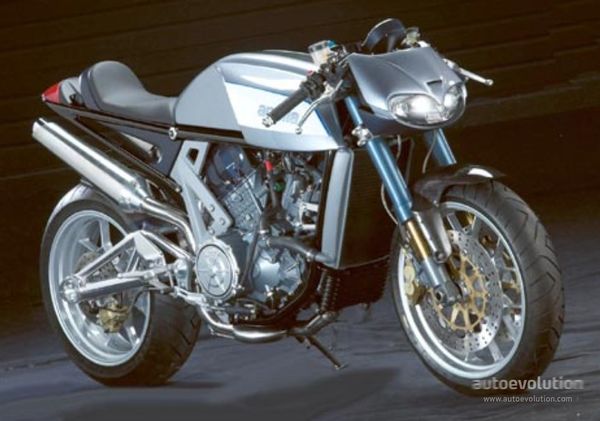 The Aprilia 1000 Blue Marlin is a concept-bike developed by the House of Noale as a new, clean and lightweight naked machine with superior performance. At its heart lies the same powerplant found on the RSV, a liquid-cooled, four-stroke, 998cc, V-Twin powerhouse mated to a six-speed manual transmission, that can reach a maximum power output of 130 horsepower and 100 Nm of torque.

This machine was inspired from Aprilia's first racing bikes, the 1960's Colibri 50, and boasts the latest in terms of technology, mechanics and parts, such as the 43mm Ohlins upside-down fork or the Brembo braking system with dual 320mm front discs.