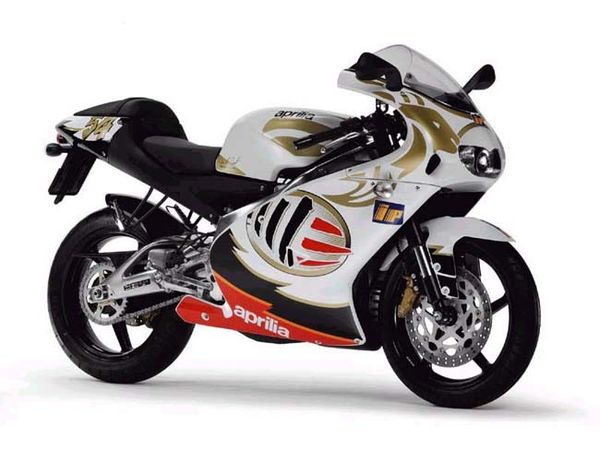 The 2006 MY Aprilia RS 125 Poggiali Replica sports a liquid-cooled, two-stroke, 125cc, single cylinder powerhouse paired to a six-speed manual transmission, and can reach a maximum power output of 28 horsepower and 19 Nm of torque.

This machine boasts a special paint scheme in honor of Manuel Poggiali, a Sanmarinese Grand Prix motorcycle racer, who won the 2001 125cc World Championship. In addition to the paint-scheme which was copied from the official Grand Prix motorcycle, it boasts standard features such as a 40mm upside-down fork, a rear, adjustable monoshock and dual, 320mm front disc brakes.