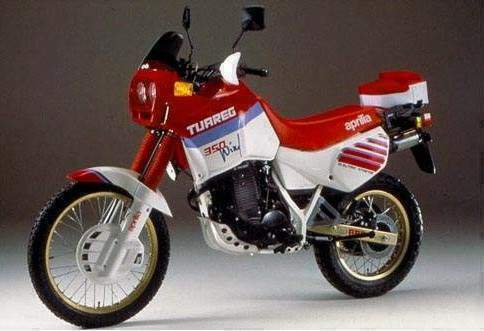 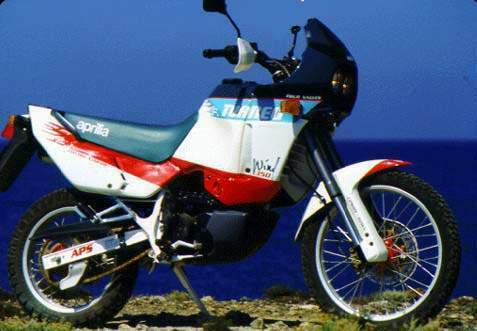 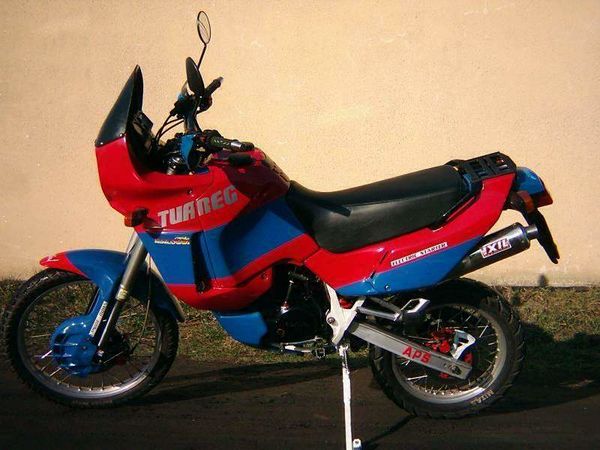 The 1988 MY Aprilia Tuareg 350 Wind is a middle-class all-road vehicle, which is sure to fit the needs for a wide variety of riders, from the novice to the seasoned ones. At its heart lies an air-cooled, four-stroke, 349cc, single cylinder powerplant mated to a six-speed manual transmission, and can reach a maximum power output of 33 horsepower and 47 Nm of torque.

It boasts standard features such as laced wheels with off-road tires mounted on them, a rear monoshock suspension with Aprilia Progressive System (APS), a telescopic front fork, front and rear disc brakes, a dual seat and a livery inspired from official racing machines from the House of Noale, plus a small fairing with a windscreen for increased wind protection.