It came with a 120/70 - R19 front tire and a 170/60 - R17 rear tire. Stopping was achieved via 2 x 320 mm Foating brake discs, 4 piston radial calipers in the front and a Single 265 mm disc, 2 piston floating caliper in the rear. The front suspension was a Telescopic forks, 43 mm fixed-tube diameter while the rear was equipped with a Cast aluminum single swinging arm with BMW Motorrad Paralever; central spring strut,spring preload fully adjustable by hook wrench, adjustable rebound-stage damping. The R NineT Urban GS was fitted with a 17 Liters / 4.8 US gal fuel tank. The bike weighed just 209 kg / 461 lbs. The wheelbase was 1527 mm / 60.1 in long. 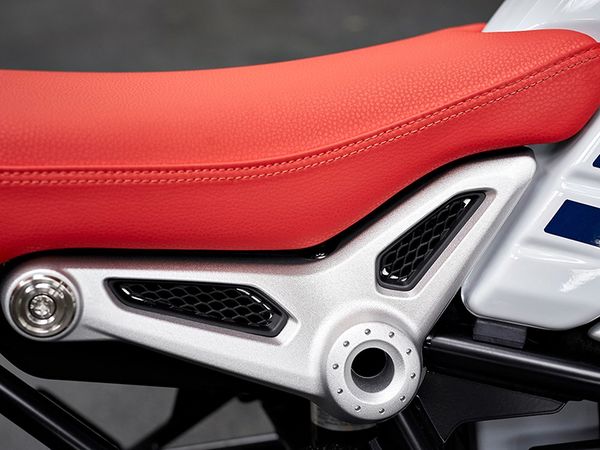 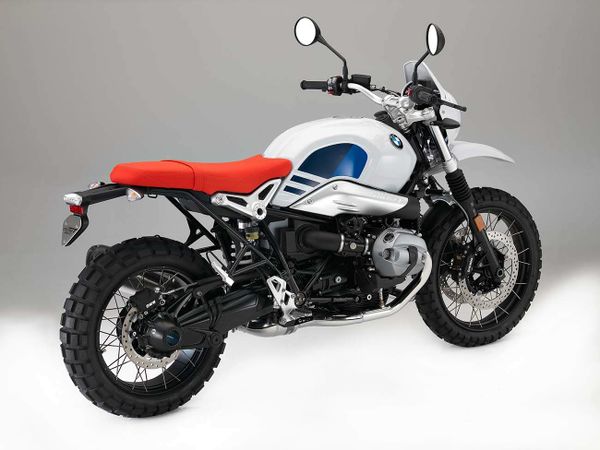 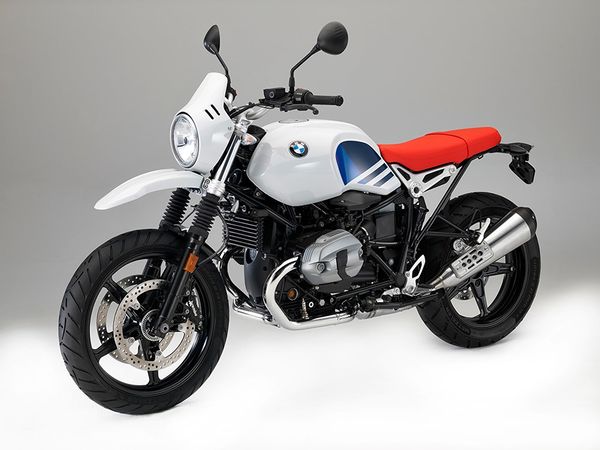 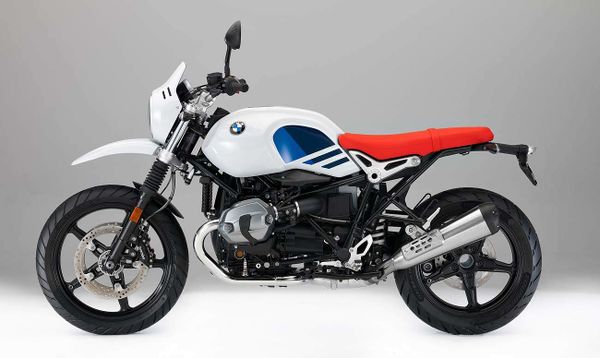 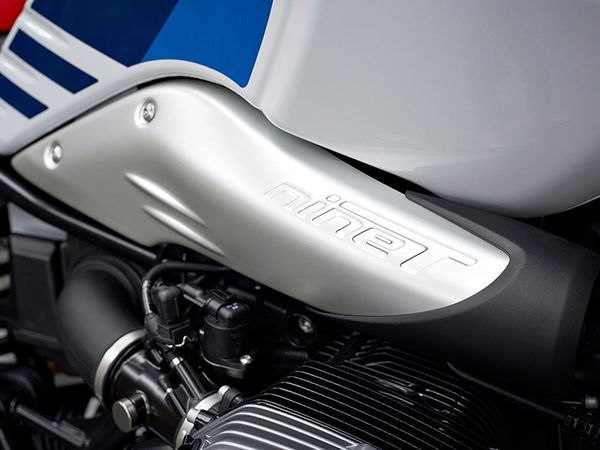 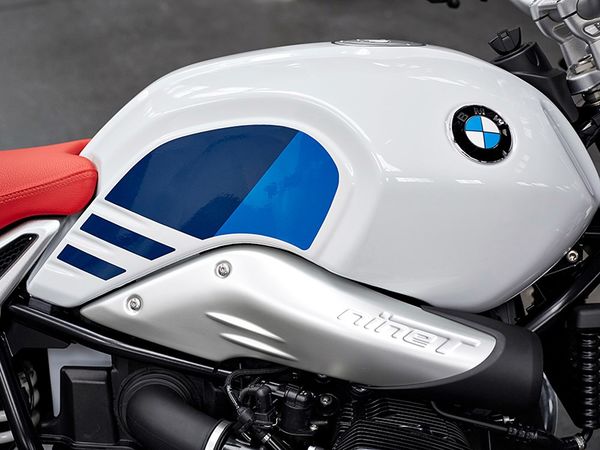 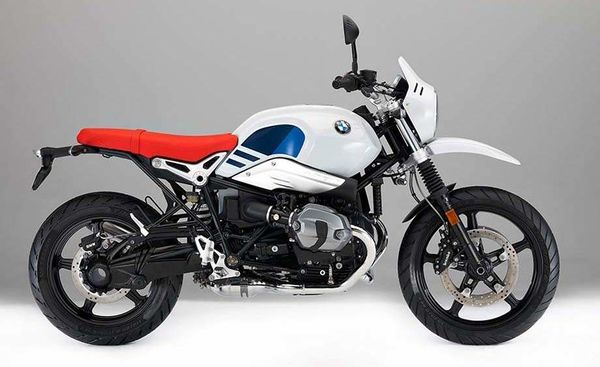 When BMW launched the R nineT back in 2013, few could have predicted what a rampant success story it would become  and even fewer would have predicted the four versions that have arrived since: the Scrambler, Racer, Pure, and now this  the Urban G/S. The NineT Urban G/S comes as an homage to the original 1980 R80G/S, the first large displacement adventure bike that spawned what has become one of the most important categories of motorcycles.

The Urban G/S slots in next to the new R nineT Pure as being a little more budget friendly, getting cheaper suspension and components than the well-kitted original Roadster. ABS does come standard, but traction control (aka BMW's Automatic Stability Control) will cost extra. Highlights

There are plenty of forged aluminum parts including the fork bridges, fat handlebar and bar clamp. The footrests also mirror the G/Ss off-road styling with bear-claw pegs fitted with removable rubber inserts, and the simple stainless exhaust system is classy and sleek. Theres also a cute double front mudguard, with an MX-style main fender complemented by a shorter wheel-level deflector. But what really defines this bike is the overall visual effect. It takes you right back to the original 1980 G/S in a heartbeat, with that familiar paintscheme accented by the garish red bench seat. It looks set to be a big hit.

The BMW R nineT Urban G/S. Eye-catching. Powerful. Air-cooled. Enjoy the confident feel of a boxer with an upright and relaxed riding position, coupled with modern technology. Choose from countless customising options for your own unique ideas. The R nineT Urban G/S makes a clear statement: It pays tribute to the early days of BMW Motorrad's G/S success story. Just one look and it's clear that the R nineT Urban G/S captures the off-road spirit of that era. At the same time, its riding characteristics make it a true member of today's R nineT family. It reflects the way of life of that time: People knew where they wanted to go, and they knew exactly how they would get there.

The source of inspiration: unmistakable. The design of the R nineT Urban G/S is eye-catching. Distinctive stylistic elements make it a powerful, robust bike that pays tribute to the original G/S design: the 19-inch front wheel, the telescopic fork with the familiar bellows, the headlamp mask with the windscreen and the raised front-wheel cover define the front of the bike. The profile is defined by a pronounced horizontal line. White body elements and the narrow, slightly longer red seat revive the spirit of the legendary R 80 G/S from 1980. The black engine and frame highlight this effect. The new classic round instruments also show that the Urban G/S is part of the R nineT family.

The R nineT Urban G/S also excels on everything from unpaved paths to gravel roads. The optional knubby tires and spoked wheels, the Enduro foot pegs, the bolted-on heat shield and the steel footbrake lever emphasise the effect, both functionally and visually.

Technology for pure riding fun. The R nineT Urban G/S is faithful to tradition with its looks, but the bike shows equal respect for the present with its modern technology. It features the proven engine and electrical system of the BMW R nineT. The Urban G/S also meets the current EU-4 emission standard. The powerful air-cooled, two-cylinder boxer engine features a capacity of 1170 ccm and 81 kW (110 bhp) of output for a highly dynamic power delivery, even at low speeds. All for a light and modern riding experience. The standard ABS and optional ASC Automatic Stability Control ensure that you're always safe when you bring your power to the road  or gravel. And there's one last visual reference to the enduro roots of the G/S: the raised exhaust system made of brushed stainless steel.

Upright and majestic. The balanced ergonomic triangle of the Urban G/S keeps you agile and confident on the road: The slightly higher handlebar, the long seat surface and slightly deeper and wider rear mounted footrests make for a more relaxed and confident riding experience. The standard seat height of the series is 850 mm. Thanks to an optional lower seat, the R nineT Urban G/S offers stability for riders of almost all sizes.

Customizing almost without limits. Whether you want off-road looks or a retro vibe, the R nineT Urban G/S expresses your lifestyle more than anything else. So when it comes to customising, the possibilities are almost endless, as showcased so well in countless adventures throughout G/S history. The R nineT Urban G/S can be quickly converted into a one-seater thanks to the removable pillion frame. There's also a tailored range of Original BMW Motorrad accessories to choose from. Options include a crash bar, engine guard or protective headlamp grille. The bike also comes with several optional accessories, including spoked wheels, various tanks, ASC (Automatic Stability Control), heated grips or LED turn indicators. But the R nineT Urban G/S is also ideal for installing specially fabricated add-on components such as our new Machined parts. In short: Your individuality is just as unrestricted as your riding pleasure.