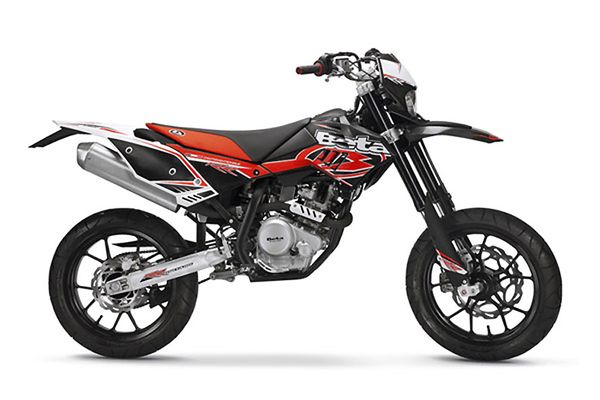 The 2013 MY Beta RR125 4T LC sports a four-stroke, liquid-cooled, 124cc, single cylinder engine mated to a sturdy six-speed transmission. Its design and styling is based on the larger RR4T, making it more desirable among motard fans.