It came with a 120/70 ZR17 front tire and a 180/55 ZR17 rear tire. Stopping was achieved via dual 320mm discs in the front and a single 230mm disc in the rear. The front suspension was a 46mm Paioli telescopic fork, fully-adjustable while the rear was equipped with a Ohlins adjustable mono-shock. The wheelbase was 52.8 inches (1341 mm) long. 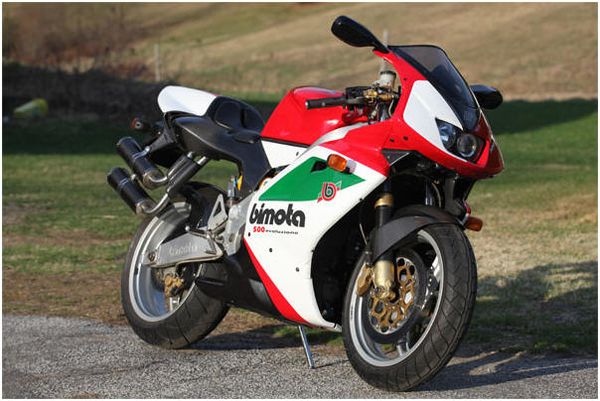 The 1999 MY Bimota 500 V-Due Evoluzione has been designed to replace the faulty fuel injection system from the base model, the Italian engineers replacing it altogether with carburetors. Unfortunately, only 21 models were produced.

Standard features included a carbon-fiber, aerodynamic bodywork, a small windscreen, dual front disc brakes, a race-grade suspension package composed of a 46mm Paioli telescopic fork in the front and an Ohlins fully-adjustable mono-shock in the rear, Brembo brake calipers, a digital and analogue instrument cluster and a single seat.