The bike was added to the present lineup after the company hiatus in late nineties financial crisis. The bike was built with a profusion of light alloys and carbon fiber; the materials employed in the construction of the chassis are the most advanced materials available today. Carbon fiber is used for the fairing as well as for the construction of the fuel tank, which was built utilizing the same techniques applied to parts for the Motorcycle Grand Prix racebike. Many elements of the SB8K are meticulously machined from aluminum alloy, a distinctive hallmark for all classic and current Bimota products.

The "SB" series means the powerplant beneath the bike frame was taken directly from the Suzuki TL1000R, and has been highly tuned by engineers to deliver more power output & torque at all engine speeds.

The SB8K is the only production bike in the world that using Bimota's very own Radial Injector Fuel Injection (Radial EFI).

The SB8K has a distinctive-looking frame that wraps around the Suzuki TL1000R motor, where the upper frame is built of lightweight alloy and the lower footrest section consists of two carbon fiber plates with a box structure to reduced the frame and bike overall weight. The result is a lighter frame with the best possible rigidity over lightness ratio, the frame just weighing 185 kg on road with exceptional rigidity. 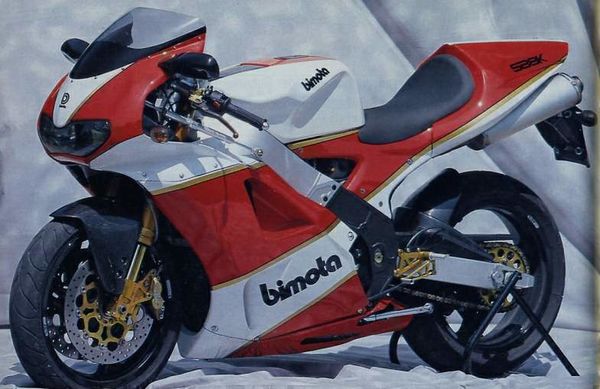 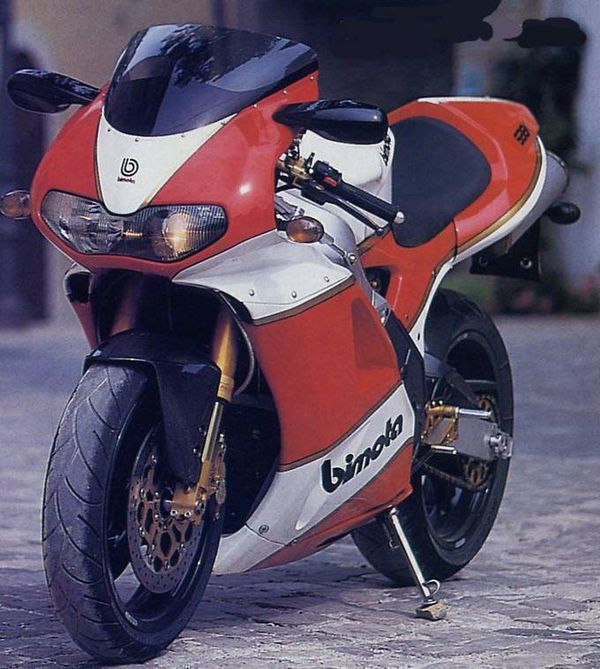 The 2000 MY Bimota SB8K features a liquid-cooled, four-stroke, 996cc, 90-degree V-Twin powerplant mated to a six-speed manual transmission, and can reach a maximum power output of 132 horsepower and 93 Nm of torque.

It also comes standard with features such as a single seat, an under-seat exhaust system, a full-fairing, a small windscreen, dual headlights, a digital and analogue instrumentation panel, Brembo brakes with dual 320mm discs in the front and a single 230mm disc in the rear, plus a race-inspired suspension package with a 46mm Paioli upside-down fork and an Ohlins fully-adjustable mono-shock in the rear.