Stopping was achieved via dual discs in the front and a single disc in the rear. The front suspension was a telescopic fork while the rear was equipped with a mono-shock. 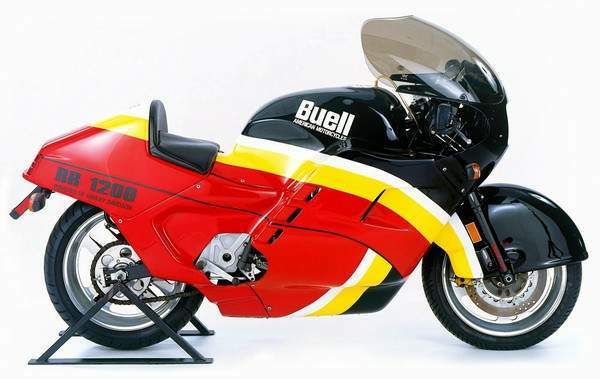 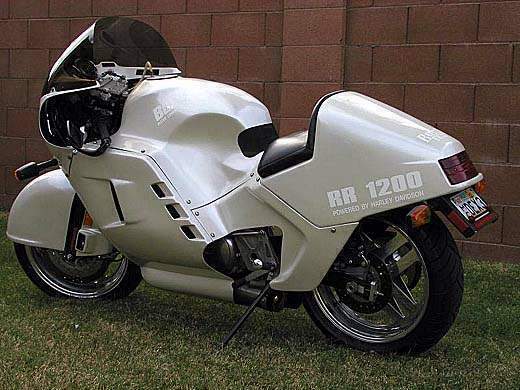 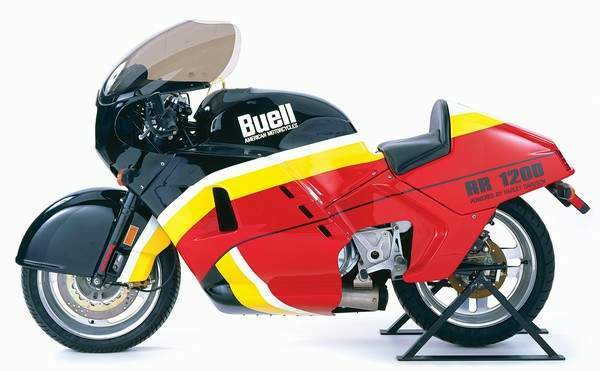 The 1988 MY Buell RR 1200 Battletwin is a race-ready, monocoque two-wheeler that is sure to fit the taste for the adrenaline junkies among Buell fans. It sports an air-cooled, four-stroke, 1198cc, 45-degree V-Twin powerplant paired to a five-speed manual transmission that can produce a claimed 60 horsepower at 5000 rpm.

Also, it comes standard with features such as a front telescopic fork coupled to a mono-shock rear suspension, dual front disc brakes and a single disc in the rear, a large windscreen, an analogue instrument cluster, a single seat, an under-belly exhaust system and wide handlebars.