The bike has a 7-speed, manual transmission. Power was moderated via the wet multi-disc, manual.

The second version of the Cagiva Mito has received changes in both its mechanical department, as well as the visual one, to make it more appealing among young sport-bike fans. It comes with a new front fender and an upside-down fork, as opposed to the conventional one used on its previous embodiment.

At its heart lies a liquid-cooled, two-stroke, 124cc, single cylinder powerhouse paired to a seven-speed manual transmission and can produce a claimed 33 horsepower and 19 Nm of torque. 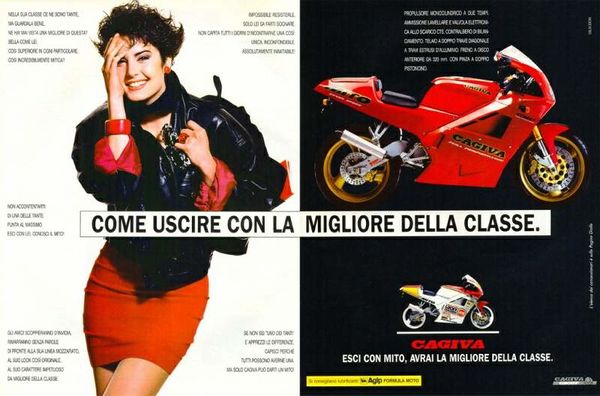 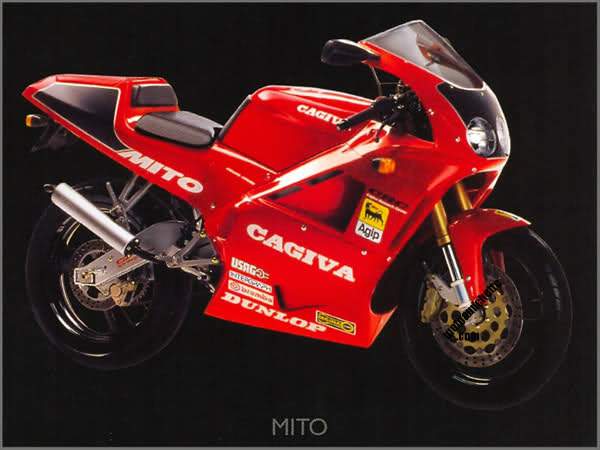 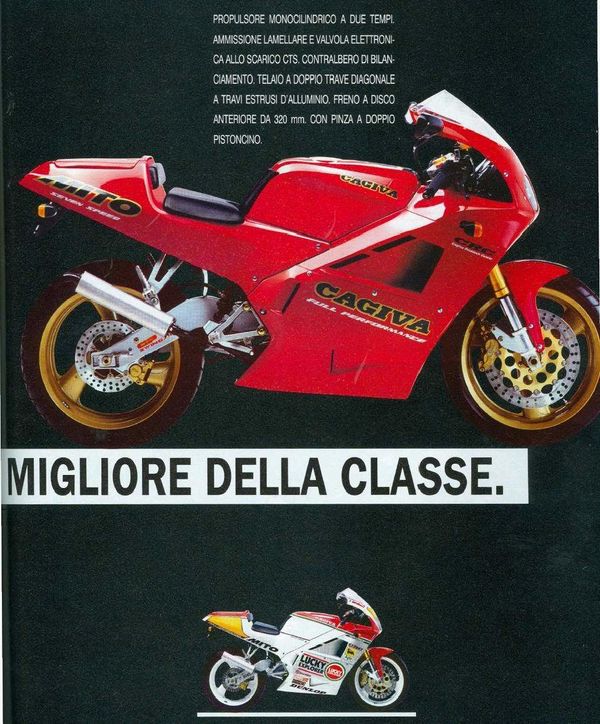 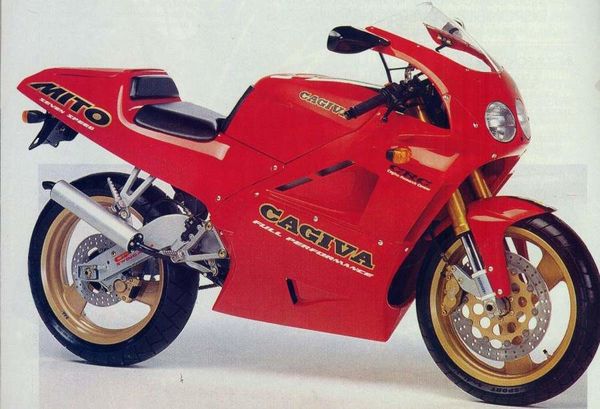 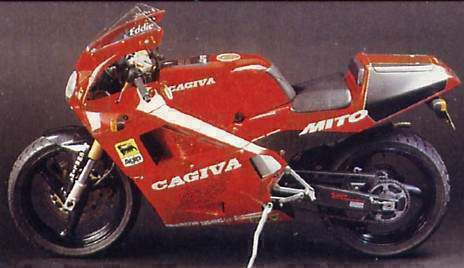 The 1993 MY Cagiva Mito II sports a liquid-cooled, four-stroke, 124cc, single cylinder powerplant mated to a seven-speed manual transmission that can reach a maximum power output of 33 horsepower and 19 Nm of torque.

Also, it comes with features such as an upside-down telescopic fork coupled to an adjustable mono-shock in the rear, front and rear disc brakes, a race-derived paint scheme with sponsor decals, a full-fairing with a windshield, dual headlights, die-cast aluminum wheels, a single seat and a side stand.