The engine was a liquid cooled single cylinder, two-stroke. A 55.9mm bore x 55.9mm stroke result in a displacement of just 125.0 cubic centimeters.

It came with a 110/70-17 front tire and a 150/60-17 rear tire. Stopping was achieved via single disc in the front and a single disc in the rear. The front suspension was a 40mm upside-down telescopic fork while the rear was equipped with a adjustable mono-shock. The bike weighed just 275.58 pounds (125.0 Kg). 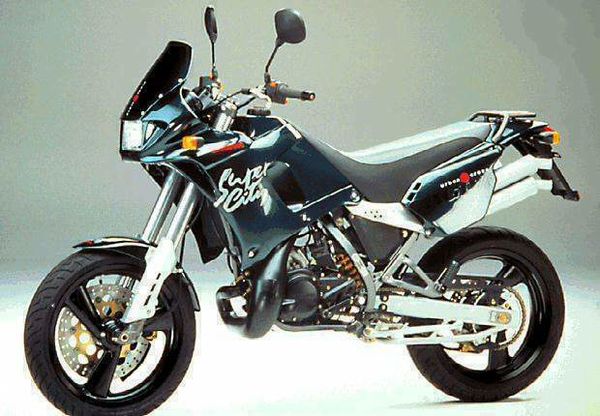 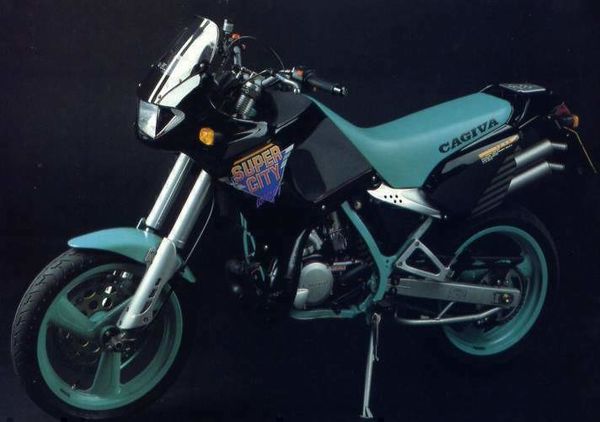 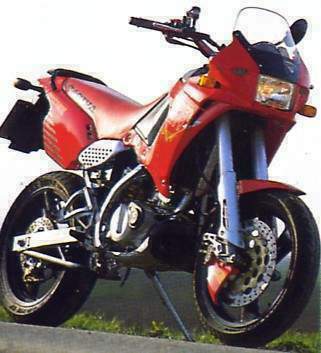 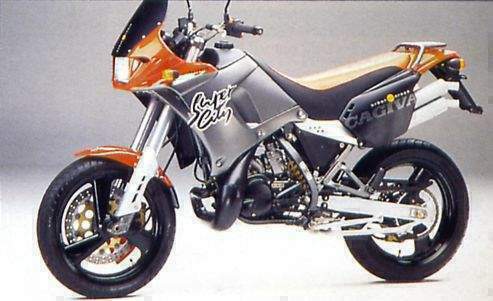 The 1992 MY Cagiva Super CIty 125 is a cross between a supermotard and an all-road machine, and is suitable for novice and younger riders. It has, at its heart, a liquid-cooled, two-stroke, 124cc, single cylinder powerplant paired to a seven-speed manual transmission and can reach a maximum power output of 34 horsepower and 21 Nm of torque.

Also, it has standard fittings such as blacked-out, cast-aluminum wheels, a dual seat, a rear luggage rack, an analogue instrumentation panel, wide handlebars, a telescopic front fork, an adjustable mono-shock as a rear suspension and a disc braking system both in the front and in the rear.