It came with a MT90B16 72H front tire and a MU85B16 77H rear tire. Stopping was achieved via disc, 4-piston caliper in the front and a disc, 2-piston caliper in the rear. The front suspension was a telescopic fork while the rear was equipped with a dual shocks. The Softail Slim S was fitted with a 1.32 Gallon (5.00 Liters) fuel tank. The wheelbase was 64.41 inches (1636 mm) long. 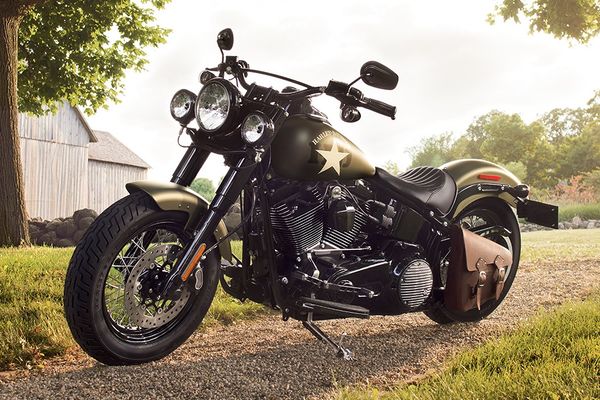 The 2016 Harley Davidson Softail Slim S has received the biggest engine ever mounted on a production MoCo cruiser, an air-cooled, four-stroke, 1801cc, Screamin' Eagle Twin Cam 110B powerhouse paired to a six-speed manual transmission, that reaches a peak torque of 136 Nm at only 3000 rpm.

This machine, unlike the base Softail Slim, has received an upgrade in the visual department as well, such as the Olive Gold Denim paint option, the blacked-out exhaust, frame and engine accents, black brake levers, mirrors and the triple clamp on the front fork.