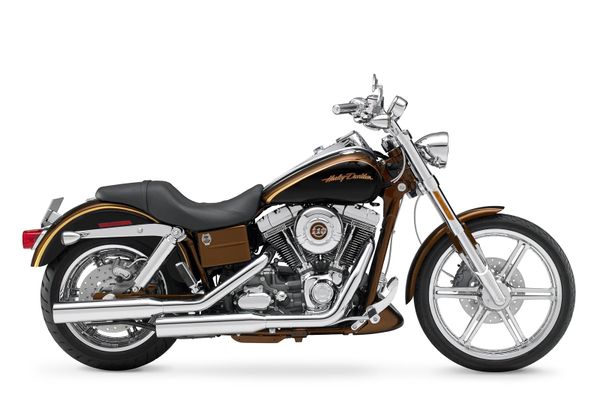 The 2008 MY Harley Davidson FXDC ANV 105th Anniversary Dyna Super Glide Custom has been released to commemorate 105 years of House Milwaukee bike manufacturing and design, and comes with a special, Anniversary Copper and Vivid Black paint scheme, and is traced with orange and pale gold pin striping.

At its heart lies an air-cooled, 1584cc, Twin Cam 96 V-Twin powerhouse mated to a six-speed manual transmission with a Cruise Drive technology, and can reach a peak torque of 125 Nm at 3000 rpm. As the base Super Glide Custom, it comes with features such as the chrome, laced-steel wheels, the low-rise handlebar, the wrap-around rear fender or the mid-mount foot controls.