It came with a 120/70 ZR17 front tire and a 170/70 ZR17 rear tire. Stopping was achieved via dual discs in the front and a single disc in the rear. The front suspension was a Showa inverted fork while the rear was equipped with a Showa shock. 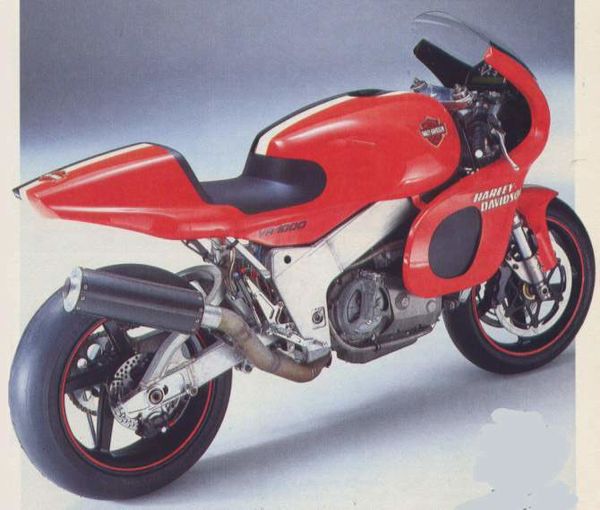 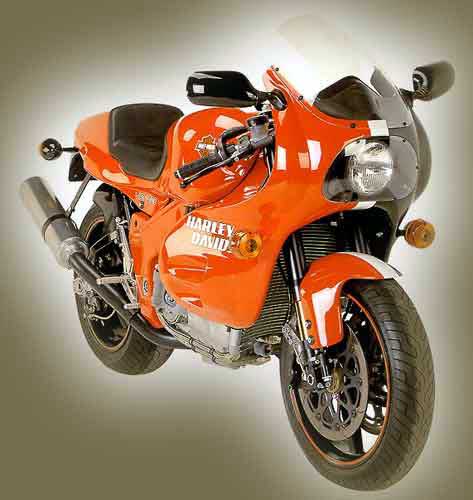 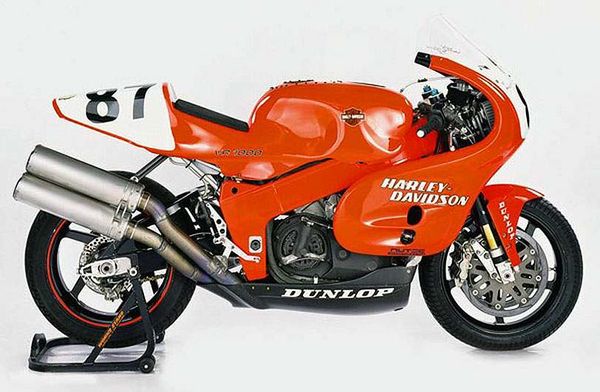 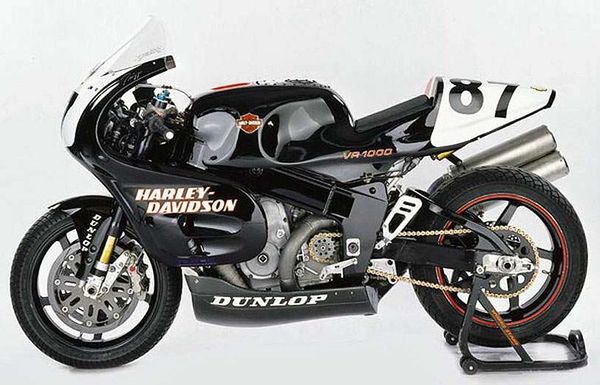 The 1994 Harley Davidson VR 1000 is the first and last pure, racing bike developed by the American engineers from the House of Milwaukee. At its heart lies an air-cooled, four-stroke, 1000cc, 60° V-Twin powerhouse paired to a five-speed manual transmission, and can produce a claimed 135 horsepower at 10000 rpm. Standard features include a full fairing, race-inspired inverted front forks, a single seat, an aluminum frame, a monoshock as a rear suspension, dual front disc brakes and five-spoked, cast-aluminum wheels.