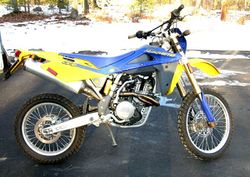 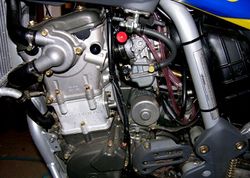 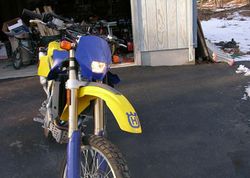 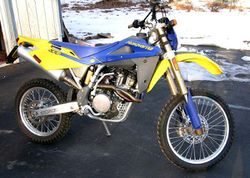 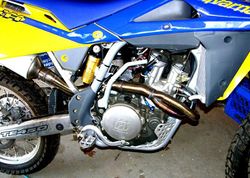 The Husqvarna TE450 was a single cylinder, four-stroke Enduro motorcycle produced by Husqvarna between 2004 and 2010.

The engine was a liquid cooled single cylinder, four-stroke. A 97.0mm bore x 60.8mm stroke result in a displacement of just 449.0 cubic centimeters. Fuel was supplied via a double overhead cams/twin cam (dohc).

The bike has a 6-speed transmission. Power was moderated via the wet / multiplate / 6 spd. 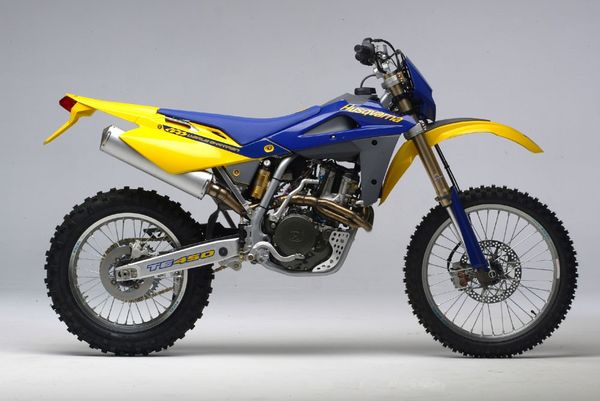 The 2004 MY Husqvarna TE 450 sports a liquid-cooled, four-stroke, 449cc, single cylinder engine mated to a six-speed manual transmission. It comes with a 45mm upside-down telescopic front fork and a progressive Soft Damp rear monoshock, which make for one of the most comfortable and maneuverable machines in its class. In addition, a Brembo braking system, derived straight from the racing Huskeys, has been fitted and increase the safety levels of this enduro machine. 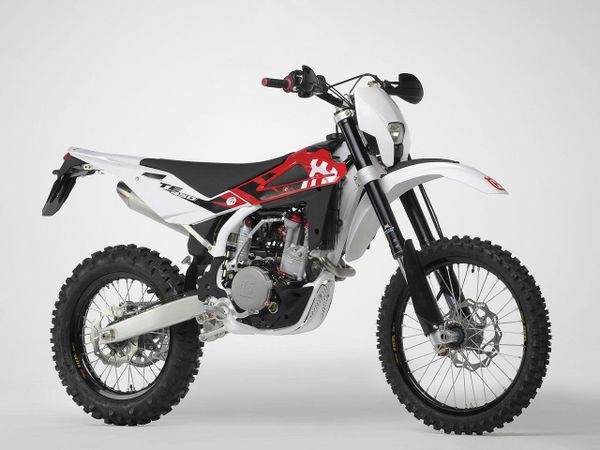 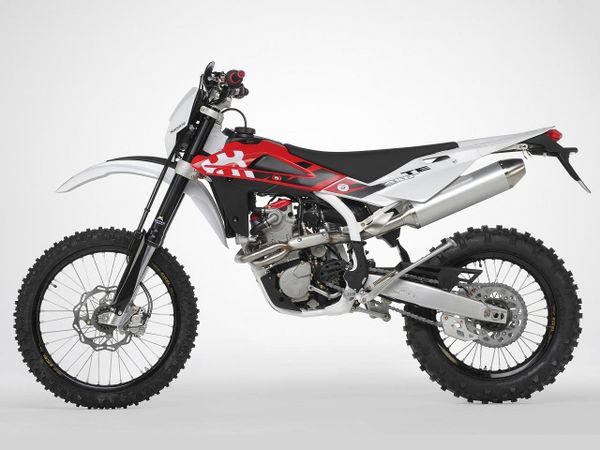 Even though it is in its last year of production, the 2009 MY Husqvarna TE 450 still comes with news, such as new steel exhaust valves, a new gear linkage, new graphics and colouring, as well as revised graphics and plastics, which appeal to the more young among Huskey fans. At its heart lies a liquid-cooled, four-stroke, 449cc, single cylinder lump paired to a six-speed manual transmission.