First seen at the 2005 Paris Motor Show the Charade from French motorcycle maker Voxan is based on the existing Voxan Black Magic.

The bike has a 6-speed transmission. Power was moderated via the wet multidisk. 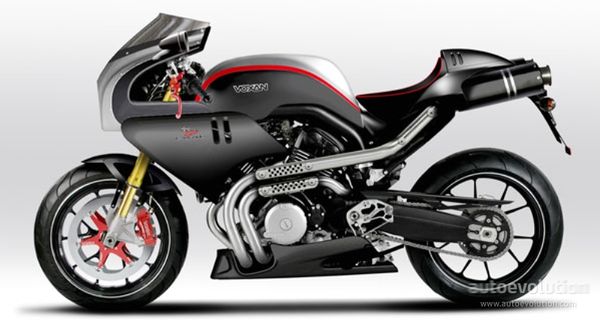 The entire bike is created on the platform of the Black Magic. At least, all those who saw the machine for the first time in 2005, thought so. But the second glance proved that there were some small differences. They concerned the brake system, which was better at this bike, because of the Beringer discs used on Charade.