The Yamaha FZ6 is a budget middleweight crossover bike built around the 2003 YZF R6 engine. The engine is re-tuned for more midrange power where it is more usable. It comes with a somewhat soft suspension that makes it easy on beginners and very well suited for sport-touring, commuting, or just having fun on curvy mountain roads.

A significant factor making this bike a popular choice is its underseat exhaust. Another attractive feature is its half-fairing, positioning it somewhere between a full supersport and a naked streetfighter (although in Europe and Australia the fully naked look is available as the FZ-6N option).

This motorcycle is considered the "Swiss Army Knife" of motorcycles since it can easily handle sport riding, touring, and commuting. Many owners of these motorcycles modify them more to their specific style of riding. Some owners just leave them stock and enjoy the "all-rounder" capabilities. There is a large following of motorcycle owners and many are fanatic about making their FZ6 unique and one of a kind. Because of this, there are many aftermarket parts available. The U.S. Model is known internally as the FZS600.

The engine was a liquid cooled in-line four, four-stroke. A 65.5mm bore x 44.5mm stroke result in a displacement of just 600.0 cubic centimeters. Fuel was supplied via a double overhead cams/twin cam (dohc).

The bike has a 6-speed transmission. Power was moderated via the multi-plate wet clutch.

The 2004 Yamaha FZ6 is the naked, more streetable version of the supersport R6 beast. Sharing much of the technology and engineering with the latter, the FZ6 is the perfect sporty commuter. Its narrow profile and sharp handling make navigating the busy city traffic a breeze, while the responsive throttle and confidence-inspiring ergonomics are perfect for canyon carving.

Just like the FZ1 was derived from an R1 which lost its fairings and became a naked beast, the R6 gave birth to the FZ6, a truly popular stripped-down machine with exceptional daily rideability and tons of fun about it. Light, stiff and extremely nimble, this middleweight naked machine is all about freedom and practicality.

Great for city slicing and even greater for fast highway hauls, the 2004 FZ6 can even become your weapon of choice for longer overnight hauls with the added luggage system and a small fly screen. The R6-inspired engine packs plenty of punch for pretty much any type of riding, from casual to sporty outings.

The Yamaha FZ6 S2 is the stripped out version of the FZ6 Fazer street bikes. With a sport frame and a 600 cc engine that produces 98 hp at 12,000 RPM, the bike promises sporty performances combined with nimble and relaxing riding. 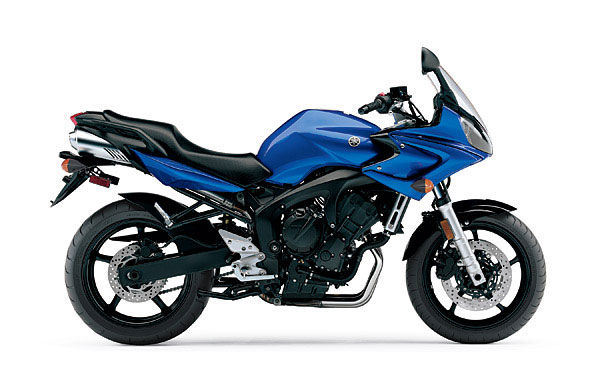 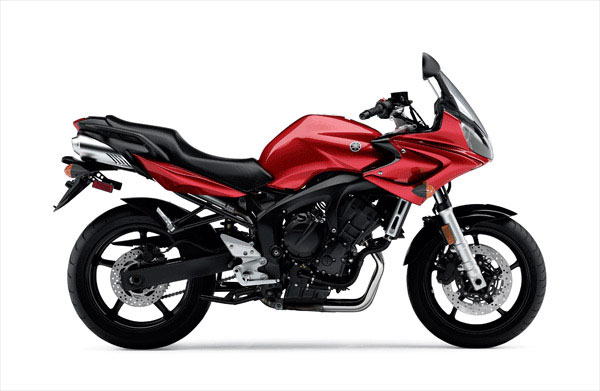 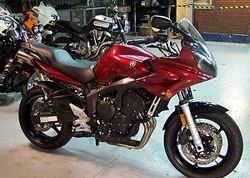 The 2005 FZ6 is not unlike an R6 with better all-day ergonomics, noticeably less plastic surrounding the engine and a much more suitable city slicer for the active rider. With almost the whole EFI power pf the R6, this bike is light and compact, but offers a comfy ride for hours in a row. The styling is top-notch, with an underseat exhaust and smooth-flowing shapes for the two-up one-piece seat.

This generation also brings in sharp=looking blacked-out engine and frame, for a more precious look, with silver accents to enhance the overall attire of the machine.

A bike derived from R6S, the street version of the R6, the 2006 FZ6 is a naked machine which can do almost anything road-related. From commuting to canyon carving, sporty touring (with optional luggage systems) and overnight weekend outings, the bike can do it all. With plenty of power on tap from the 599cc engine and a lowered rev mark for the peak torque, the 2006 FZ6 also comes with a 6-speed gearbox and progressive, predictable throttling.

The fairing, as little as it is, has been revised and offers better wind protection for more enjoyable trips. If you like supersport performance but are not exactly fond of too much plastic around you, then the FZ6 is your best choice for a Yamaha.

The 2008 MY FZ6 is Yamaha's leading middleweight naked bike, a machine equally suitable for both commuting and all sorts of two-wheeled fun, including track days and sport-touring. Affordable and still packed with cutting-edge technologies, the FZ6 proudly carries on the heritage of the R6S machine from which it was derived.

The engine was tweaked for better torque in the lower revs, while the frame and chassis undergone modifications to provide riders with a more upright, comfortable position, while maintaining the handling in the premium class, for both city slicing and canyon carving. With YZF styling cues and excellent streetability, the 2008 MY FZ6 looks as well as it rides.

Derived from R6S, the increased-streetability version of the YZF-R6, the 2009 MY FZ6 packs even more on-road fun as it boasts improved comfort for day-long riding and can still muster enough horsies to make a little afraid. A true multi-purpose tool, the FZ6 is a great machine for city slicing on your daily way to work, for fast rides around the town, weekend outings and more.

Adding a luggage system even transforms it into a pretty decent sporty tourer with just the right nerve and comfort to put a big smile on your face during overnight trips.