Riding a Honda NS500 V3, Freddie Spencer became the youngest-ever World Champion on in 1983 at the age of 21. The NS400R released in Spring 1985 was supposedly a road-going replica. Great idea but unfortunately Yamaha had beaten Honda to it with the Yamaha RD500LC and the Suzuki RG500 was due in showrooms soon!

Although all three bikes were no-compromise two-strokes, with knife-edge powerbands and the latest chassis technology, Honda probably shot itself in the foot by producing a 400 (the most important class for its home market) instead of a more powerful 500.

In fact, the true capacity was 387cc, so the NS only had about 40cc and a few horsepower more than a Yamaha RD350 Power Valve, which cost two-thirds as much!

Like the RD500 and RG500, after the initial hype, sales dwindled. The NS was dropped in 1988, by which time it has been pushed into the background by a string of four-stroke race reps that were far more practical for general use.

NS400Rs were available in red/white/blue HRC colors or Rothmans blue/white. Even with Honda’s ATAC system there’s little power until 8000rpm but from there it picks up fiercely. 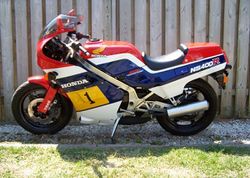 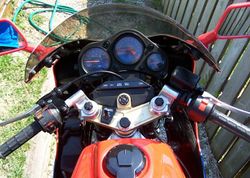 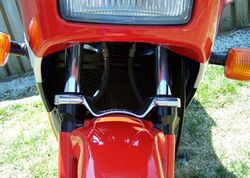 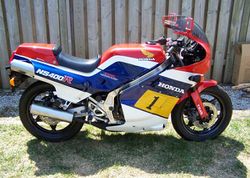 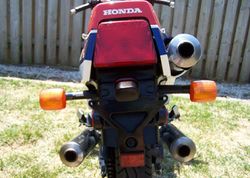 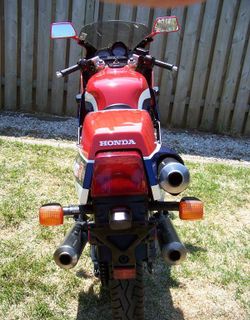