The Kawasaki KX500 was a single cylinder, two-stroke open class motorcross motorcycle produced by Kawasaki from 1983 to 2004.

The engine was a liquid cooled single cylinder, two-stroke. Fuel was supplied via a membrane & variable discharge openings. 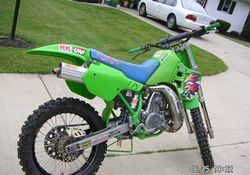 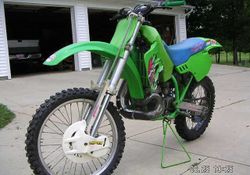