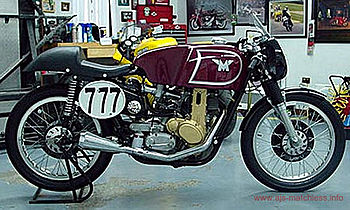 With hindsight it seems surprising that the Matchless G50 did not come into being before 1958. Although clearly derived from the AJS 7R, AMC were committed to the development of the Matchless G45 twin and did not wish to divert their attention from that project. As a result it was not until 1958 that a 500cc motorcycle derived from the 7R appeared largely as result of the 7R's proponent at boardroom level, Jock West. The new machine shared the 7R's 78mm bore with a stroke of 90mm giving a capacity of 496cc. The prototype engine underwent a period of intensive development throughout 1958 to prepare it for production commencing in 1959. When the new model was released the engine, although visually the same as the 7R had its own dedicated castings. A power output of 51bhp at 7200rpm was claimed for the new model.

The cycle parts followed the same pattern as those used by the contemporary 7R with only the difference in color and badge to distinguish between them, a fact that has led to numerous argument between enthusiasts ever since as to which is the most attractive, the 7R or G50!

Production ended in 1962 after approximately 180 examples had been built.

The engine was a air cooled single cylinder, four-stroke. Fuel was supplied via a single overhead cams (sohc). 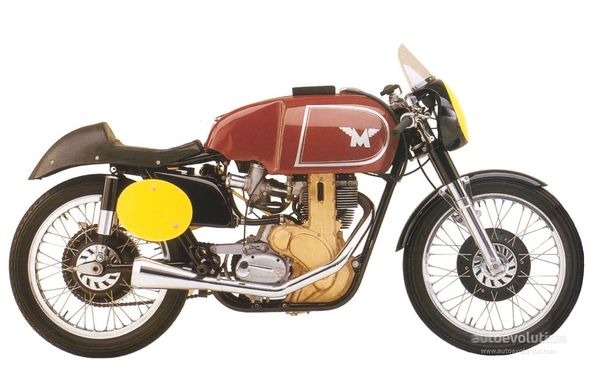 Having a single cylinder 500cc engine, the bike was identical to the AJS 7R.