The Suzuki SP400 was a single cylinder, air-cooled, four-stroke Trail motorcycle produced by Suzuki in 1980. It was kickstart only and came with drum brakes front and rear.

The engine was a air cooled single cylinder, four-stroke. A 88.0mm bore x 65.2mm stroke result in a displacement of just 396.0 cubic centimeters. Fuel was supplied via a overhead cams (ohc). 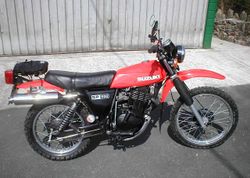 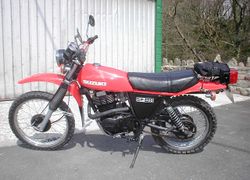 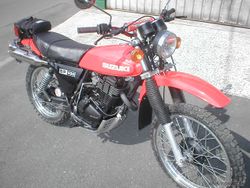