Slope of the front forks. 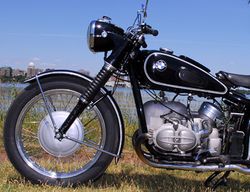 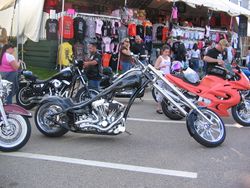 Example of a chopper with an unusually large rake

In motorcycles, the steering axis angle is called the rake and is measured counter-clock-wise from the vertical when viewed from the right side. A 0° rake would be vertical. For example, Moto Guzzi[1] offers: