The engine was a oil & air cooled in-line four, four-stroke. A 60.0mm bore x 50.6mm stroke result in a displacement of 572.0 cubic centimeters. Fuel was supplied via a double overhead cams/twin cam (dohc). 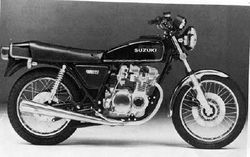 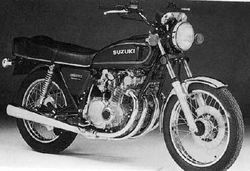 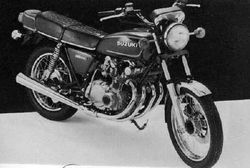 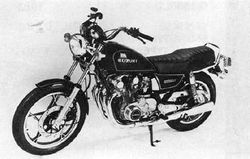 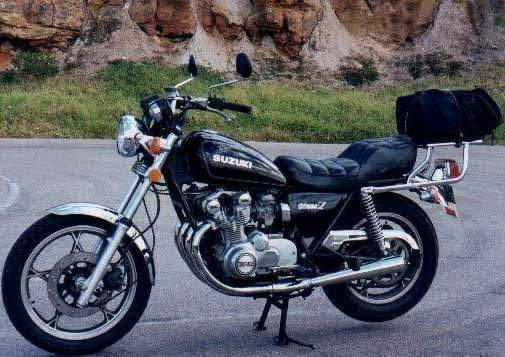 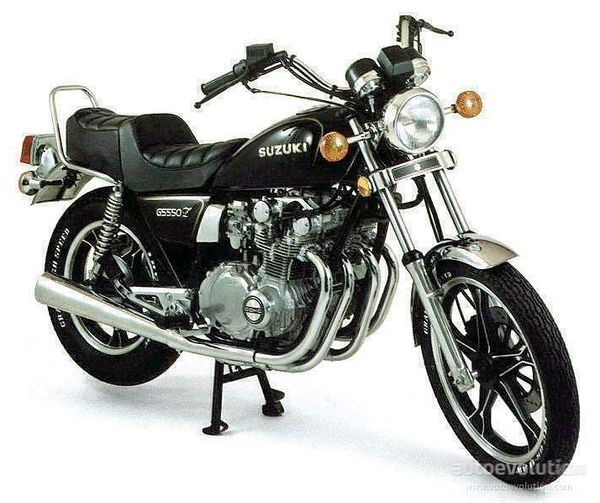 The Suzuki GS 550 L is a typical representative of the so-called soft- chopper generation (construction period from 1979 to 1984). Originated from the successful and more sporty 550 E , the 550 L has an extended fork, a chopper steering wheel, a reduced tank and a bench seat.The L models of the GS series enjoyed great popularity, particularly in their "large" variants 750 L, 850 L and 850 GL, 1000 L and 1000 GL as well as 1100 L and 1100 GL, particularly on the US market , Which also explains their long construction period. The end of the GS series represents the futuristic styled GSX 1100 Katana.