The arrival of the first 750cc Yamaha and Suzuki four-strokes in 1976 marked a historical turning point. The former attempted to break new ground technically with a three cylinder shaft-drive XS750, while Suzuki followed the classic route of a transverse four-cylinder layout. Kawasaki was still behind with only a twin cylinder KZ750.

Suzuki had previously made two costly errors of judgement. The first had been the highly original GT 750 three-cylinder two-stroke, which lacked sportiness and didn't conform to the antipollution laws, and the second was the rotary-engined RE5. This time the marque was taking no risks, and satisfied itself by producing the best possible interpretation of a well-proven theme. Its sensible styling was inspired by the Honda CB750F, while the twin overhead-camshaft engine was comparable with the Kawasaki power unit.

It took some time for the GS750 to make a serious impression on the market. It quickly revealed itself as the best-balanced machine in its category. It led the way in all aspects. The road-holding was exemplary, it was marginally faster than any of its rivals, and its reliability was outstanding. Included in its comprehensive equipment was a digital display on the instrument panel that showed which gear it was in! In 1978 was joined by a big sister, the GS1000.

The engine was a air cooled in-line four, four-stroke. A 67.0mm bore x 53.0mm stroke result in a displacement of just 747.0 cubic centimeters. Fuel was supplied via a double overhead cams/twin cam (dohc). 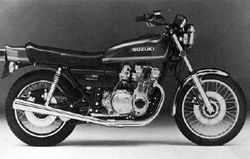 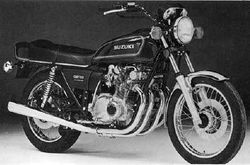 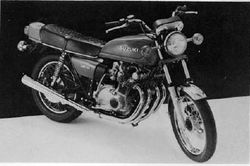 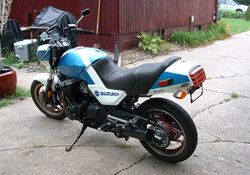 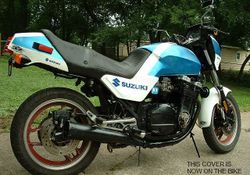 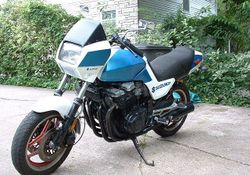 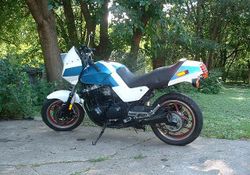 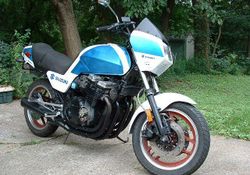 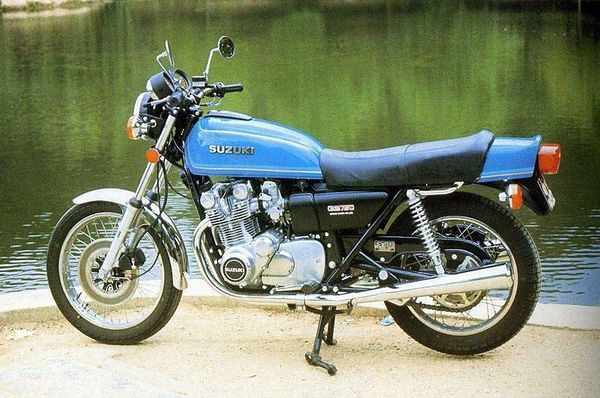 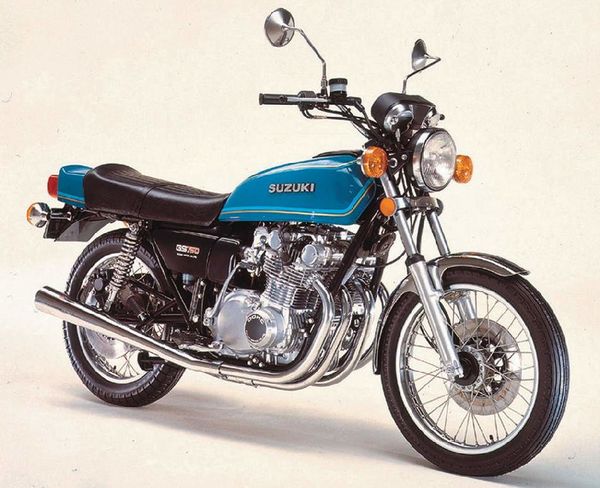 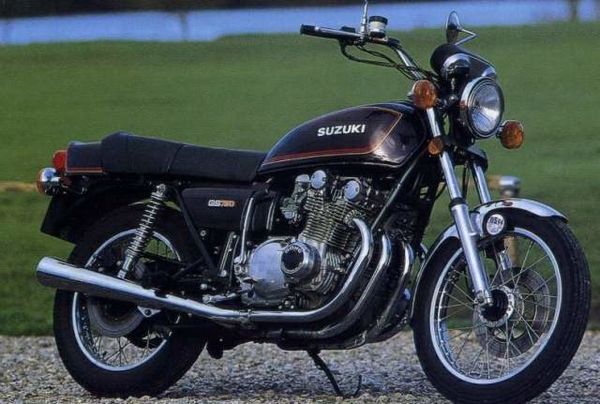 Suzuki introduced the popular Suzuki GT 750, a water-cooled 2-stroke triple, in 1971, but knew the days of the “Water Buffalo” (as it was known on the street) were numbered thanks to ever tightening emissions regulations in the U.S. and Europe.