The SR series of KZ650 was internally known as the Kawasaki KZ650D. 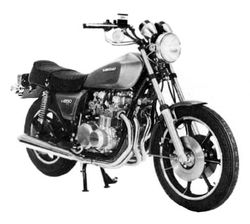 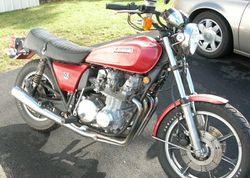 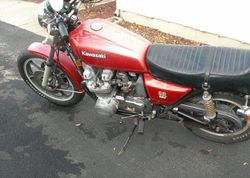 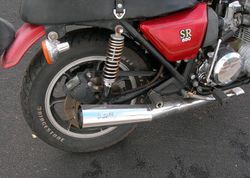 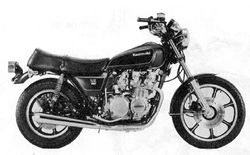 Rumour was that the SR stood for 'STATESIDE REPLICA' and this was what Kawasaki thought a replica should be!. It was basically a C3 with slightly 'chopper' styling. Chrome plating was used on the headlamp shell, clock lowers and chain guard. The rear tailpiece was dropped in place of a painted rear fender. The front exhaust downpipes were crossed over and the mufflers were made a bit shorter. Only one color was offered in the UK, midnight blue which was really a purple color although other countries got a red version as well. The rear wheel was now a small but fat 16-inch item for that all-important custom look. In America there was also a D1 in 1978 and an E model, which were very similar but did not have as much equipment.

The only difference over the D2 was a change in color and graphics. It was now offered in regal blue. France was still offered the midnight blue as an option. 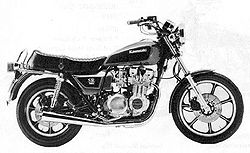 This model was never sold in the UK. It came in either blue or red and was basically an SR version of the F2 model.