The Buell S3 Thunderbolt sport-touring model was produced from 1997 through 2002, along with a mechanically identical S3T "Touring" model that ran through model year 2000. The 1,203 cc air cooled V-Twin engine was mounted as a stressed member in a tubular frame. The powerplant output 91hp in 1997 and jumped to 101hp in the following years due to revised cam profiles and the new "Thunderstorm" cylinder heads. While the bike's overall look was the same throughout the model run, there were significant changes made in 1999 that set it, and later models, apart from the 1997 and 1998 bikes. The early bikes used a rectangular section steel rear swingarm, WP Suspension front forks and rear shock, a Keihin 40 mm CV carburetor, and a Performance Machine six-piston front brake caliper. Beginning in 1999 a new cast aluminum rear swingarm was utilized along with Showa front suspension forks and rear shock. The front brake caliper, while still a six-piston unit, was now made by Nissin. The most technological change came in the new Dynamic Digital Fuel Injection (DDFI) system, replacing the old carburetor.

The S3 featured a half faring that surrounded the headlight and gave decent wind protection for the riders' torso. The S3T model then added lower faring extensions that gave good wind protection to the rider's legs. The S3T also featured hard saddlebags that could be color matched to the bike color and were available in either "wide" for maximum storage, or "narrow" for a lighter feel. In addition to the lower fairings and the saddlebags, the S3T also came with a taller handlebar for a more upright, relaxed riding position. Each of the parts that set the S3T apart were available as accessories for the standard S3 model. The S3T is still claimed by many Buell riders to be one of the most comfortable sport-touring bikes ever offered by Buell. 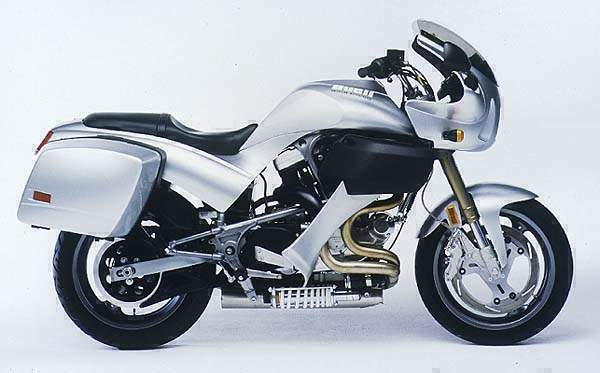 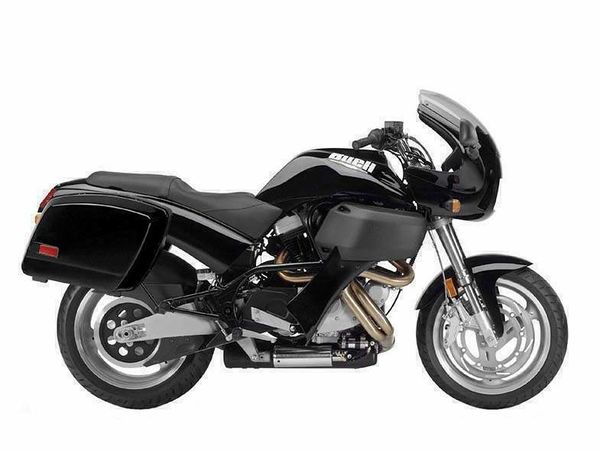 The 1997 MY Buell S3T Thunderbolt is the long-haul oriented version of the naked machine, and comes, unlike the base model, standard with color-matching side panniers, fairing lowers, touring handlebars and touring foot pegs. The engine and the innards of the machine remain the same as the base model.

At its heart lies an air-cooled, four-stroke, 1203cc, 45-degree V-Twin powerplant paired to a five-speed manual transmission with a low-maintenance, Kevlar-reinforced belt drive, that can reach a maximum power output of 101 horsepower and 90 Nm of torque. 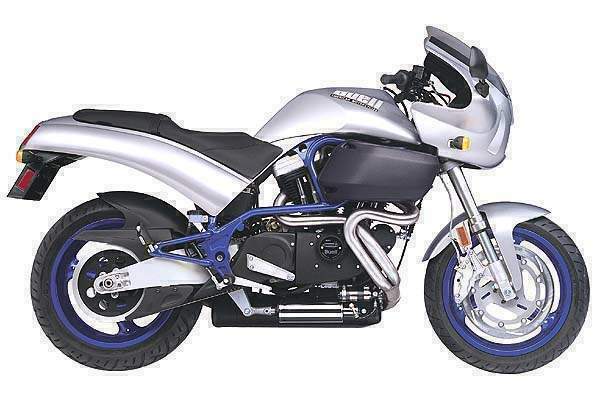 The S3 Thunderbolt from American manufacturer Buell is a powerful naked machine that is mainly addressed for riders who expect high levels of performance from their machine. It comes with a half-fairing with a small windscreen, die-cast aluminum wheels, an under-belly exhaust system, an one-piece, dual seat, an analogue and digital instrument cluster, a 40mm Showa adjustable upside-down fork coupled to a Showa adjustable mono-shock in the rear and a large, 340mm front disc brake with a 6-piston caliper.

Also, it boasts a maximum power output of 101 horsepower and 90 Nm of torque from its air-cooled, four-stroke, 1203cc, 45-degree V-Twin powerplant that is mated to a five-speed manual transmission with a Kevlar-reinforced belt final drive.