It came with a 120/70 ZR17 front tire and a 180/55 ZR17 rear tire. Stopping was achieved via Twin 310 mm floating discs, Brembo 4-piston radial mono-block calipers, switchable ABS in the front and a Single 220 mm disc, Brembo single piston caliper (Switchable ABS) in the rear. The front suspension was a Ohlins 43 mm upside down NIX30 forks with adjustable preload, rebound and compression damping, 120 mm travel while the rear was equipped with a Ohlins TTX36 twin tube monoshock with piggy back reservoir, adjustable, rebound and compression damping, 133 mm rear wheel travel. The Daytona 675 R was fitted with a 4.6 Gallon (17.40 Liters) fuel tank. The bike weighed just 368.17 pounds (167.0 Kg). The wheelbase was 54.09 inches (1374 mm) long.

The 2005 Daytona 675 carries on the racing heritage of the brand, delivering the same reliable performance, only with minor revisions to make the whole package even better. Offering supersport-derived performance but with some extra punch from the superior displacement, the 2005 Daytona 675 is a bike which comes with excellent character for riding both in the city and on the track.

Addjustable Kayaba suspensions, powerful and large brakes and race-derived instrumentation including a lap timer memory and max speed indicators will help riders get the most from their bikes in any scenario.

The 2006 Daytona 675 is the perfect choice for riders in search of a supersport machine with some extra nerve added. And that's because of the extra punch the 3-cylinder, 675cc engine can deliver. Bred with classic British racing expertise and loaded with present-day technologies, the 2006 Daytona 675 offers sizzling performance with its forced air induction and precise fuel injection.

Plenty of high-performance accessories are ready for the 2006 Daytona 675, including racing-specced ones, to be used on the track only.

If you want to stand form the crowd and the fact that you ride a British supersport machine is not enough, you should go for the 2007 Daytona 675 Special Edition, a bike with retains the full-fledged racing spirit of the base model and boasts an exclusive, sober yet eye-candy styling. Golden wheels and forks are a perfect match for the gold-colored decals.

And with the sultry Phantom Black paint and darkened engine covers, the 2007 Daytona 675 SE looks even more noble and exhibits its unique character in an even better light.

Literally loaded with track-derived technology and sporting a lot of performance parts, the 2007 Daytona 675 is a nifty supersport machine created to offer great fun both on the street and on the race track. With added streetability and plenty of racing DNA the Daytona 675 is a pleasant surprise: 123 hp and 72 Nm of torque are ready for anything you might throw at this bike.

Light, compact and providing a exceptional handling, the 2007 Daytona can serve as both a daily commuter and a swift beast for track weekends,especially since the instrumentation retains the lap timer with plenty of racing functions.

A rather peculiar sight in the supersport segment, because of its 3-cylinder engine, the 2008 Triumph Daytona 675 is no less a winner. It has stood up against the sacred monsters of the category and recorded constant victories on countless tracks. Its street version is equally fun, bringing much of the bike's racey DNA to the urban environment.

The 2008 Daytona 675 brings in monoblock radial calipers and a radial master, new engine management suitable for the accessory quickshifter, increased power and some weight shaving, too. 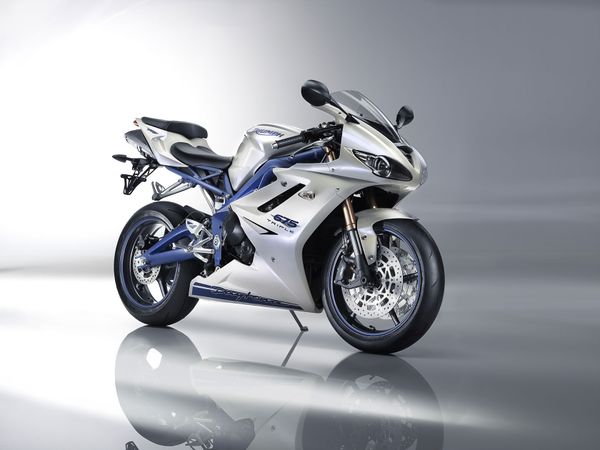 Triumph readied a Special Edition Daytona 675 for those who are in for exclusive looks backing the performance specs of their bike. The base model received a nifty new livery in Pearl While paint, contrasting with the Sparkle Blue frame, swingarm and subframe.

The character of this supersport beats remained untouched and the bike boasts on the same acclaimed maneuverability and confident handling. High- and low-speed compression damping can be adjusted for Daytona 675 SE's suspensions, and makes preparing the bike for the city and track easy and fast. Of course, there are plenty of optional accessories to go with this one, too.

The 2009 Triumph Daytona 675 brings new instrumentation, decals and a new color option in Caspian Blue with gold wheels, adding to the existing racing red machine. Still one of the narrowest and lightest supersport machines in the market, the Daytona 675 delivers 127 hp which can easily put you ahead of the competition on the track and give you an almost unfair advantage on the streets.

Also on the news side we should mention the average fuel economy meter in your new dash and new radial Nissin calipers.

A presence which will definitely turn a lot of heads, the 2009 Daytona 675 SE brings in a special livery, with body panels in Pearl White beautifully complemented by Sparkle Blue frame, subframe, and swingarm.

Suspensions and brakes have been upgraded for more control over the bike's handling, both on the track and for casual city rides. Nissin radial-mount calipers are now in place, together with the possibility to adjust both high- and low-speed compression damping, delivering better comfort and enhanced safety on all surfaces. Carbon parts, a plug-and-play quickshifter and racing-grade footrests are also available as optionals.

If a supersport machine with excellent streetability and equally fun track character is what you're looking for and if going Japanese is not your first choice, then you should throw a leg over the 2010 Daytona 675. This bike has plenty of power and it will deliver solid fun in pretty much all scenarios and it can also serve you as a daily commuter for reasonable distances.

The bike is derived from Triumph's racing program, so the chassis is offering much more performance than you'd expect, boasting agility and control, thanks to radial Nissin brakes, fully-adjustable forks and lightweight wheels. 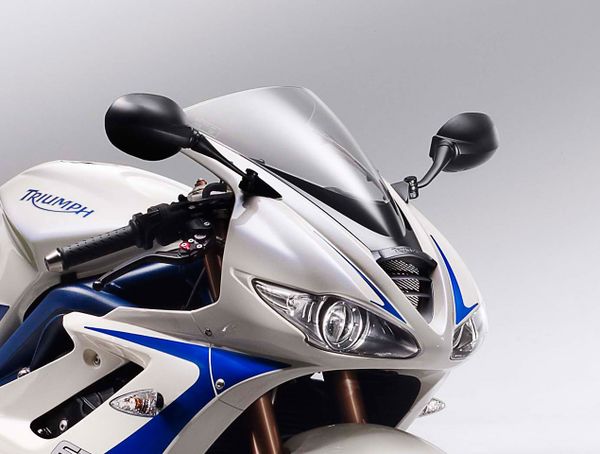 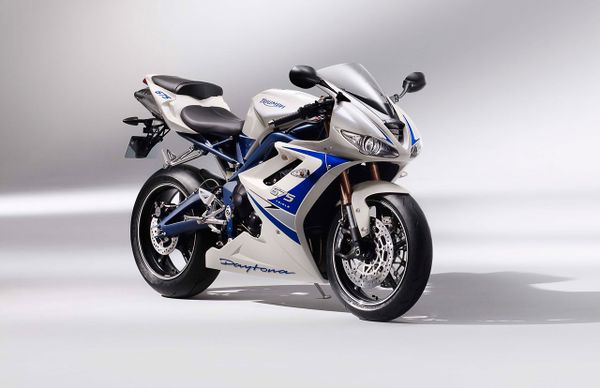 The 2010 Daytona 675 SE is all about an exclusive, limited edition of the acclaimed base sporty Triumph, now boasting a custom racing livery ex works and featuring multiple track-worthy features. High- and low-speed compression damping is standard, offering unprecedented levels of control for multiple riding styles and scenarios.

A wide range of custom accessories and high-performance parts is also available for the 2010 Daytona 675 SE, such as carbon fiber bodywork, a plug and play quickshifter, race-style rearsets and a racing-grade exhaust, as well.

Triumph managed to make the 2012 Daytona 675 more agile and capable to deliver an even higher performance, while at the same time rendering it more forgiving, and thus more enjoyable. The 2012 version comes with a revised frame and a new airbox, while the exhaust was moved under the belly for a better balance and centralized mass architecture.

The very engine is also new, lighter and delivering more grunt in the high revs and more torque than the previous version. The bodywork was also updated with more aggressive, sportier lines.

The 2014 MY Triumph Daytona 675 has received some improvements to enhance performance but also ease-of-use, for the more inexperienced riders. The engine has been tweaked for even more power, with 2 horsepower and 1 Nm of torque more than its previous reincarnation. The exhaust has been repositioned for better stability. ABS is standard and features racetrack mode, plus, the clutch has a slip-assist function, for smoother gear shifts. All of this, and more, in a machine that is 3 lbs lighter than the previous model

All in all, the Daytona 675 is a sound choice if one is in the market for a supersport, featuring the latest technologies available on the market packed in a reliable, durable, British-made machine.

The 2015 MY Triumph Daytona 675 is one of the most powerful embodiments of the model from the Hinckley firm as of yet. Sporting a liquid-cooled, four-stroke, in-line three cylinder power plant that produces 128 horsepower and 75 Nm of torque, this machine is more than ready to tackle the race-track, as well as an everyday commute.

The chassis is specifically designed for a great stance in race-track conditions, as well as having a great weight distribution to contribute to the everyday usefulness of the machine. The ABS features multiple modes, including a circuit one, which increases rider safety at high speeds.

The new Daytona 675 R is a bike which is 1kg (2.2lb) lighter than the old model with a new triple motor that delivers even more power all the way through to 14,400 rpm redline.