The engine was a liquid cooled v2, four-stroke. A 106.0mm bore x 67.8mm stroke result in a displacement of just 1197.0 cubic centimeters. Fuel was supplied via a double overhead cams/twin cam (dohc).

The bike has a 6-speed transmission. Power was moderated via the multiplate wet clutch, hydraulically operated.

It came with a 120/70-zr17 front tire and a 190/55-zr17 rear tire. Stopping was achieved via double disc. bremo. abs. in the front and a single disc. bremo. abs. in the rear. The front suspension was a sachs upside-down front fork with fully adjustable compression and rebound damping and spring preload. wheel travel 167 mm. while the rear was equipped with a aluminum alloy swingarm sachs hydraulic shock absorber with adjustable rebound and preload.. The Dorsoduro 1200 was fitted with a 3.96 Gallon (15.00 Liters) fuel tank. The bike weighed just 467.38 pounds (212.0 Kg). The wheelbase was 61.61 inches (1565 mm) long. 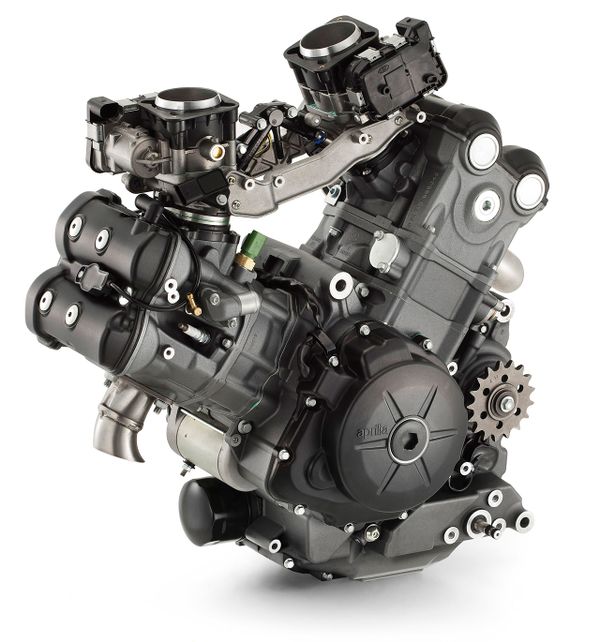 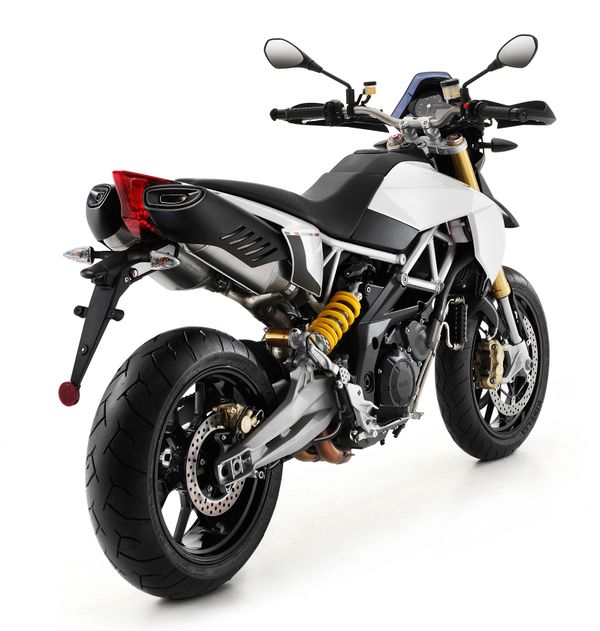 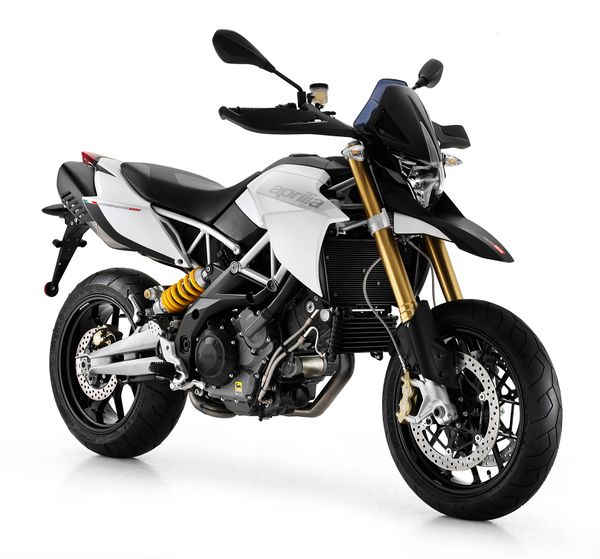 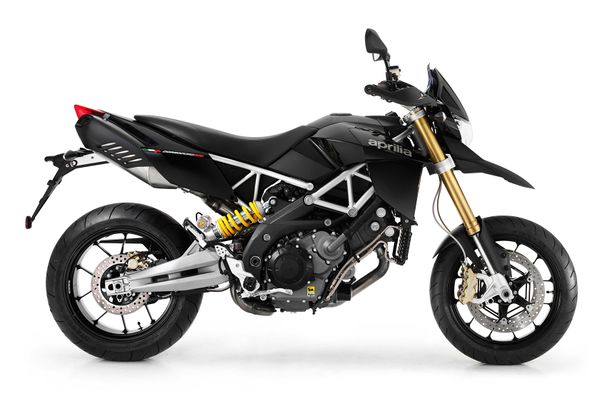 Zero compromises and full-on brawn for this bold supermotard: the 2010 Aprilia Dorsoduro 1200 is a bike for those who are capable of handling a 1.2-liter class machine and make the most out of its agility and power. Savage yet fairly easy to learn, the Dorsoduro 1200 can be a partner for daily riding to work, and a thrilling machine for weekend getaways. Add in some optional saddlebags and the bike is good for overnight trips, too. 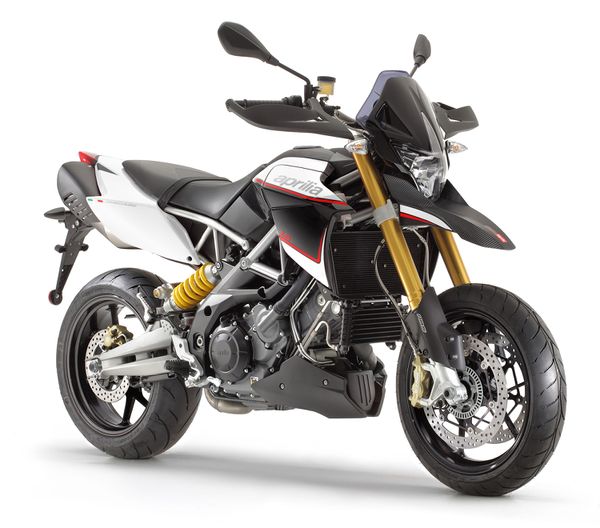 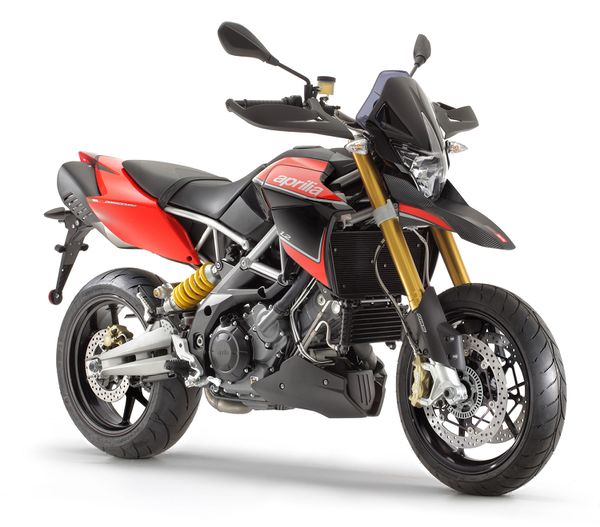 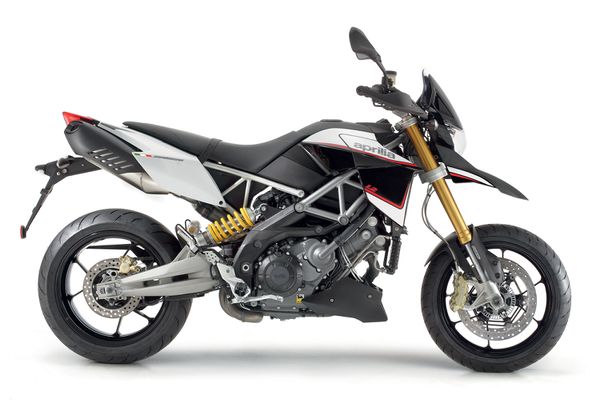 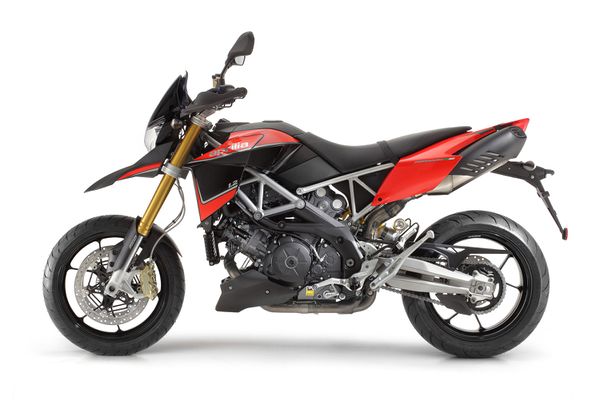 If there's one thing better than a big, powerful supermotard, it must be a bigger and even more powerful supermoto machine. At leats that's what Aprilia must have thought when they decided to create the 2011 version of the Dorsoduro 1200. Sporting the same ultra-aggresive design cues and awesome, compact looks, the 2011 Dorsoduro 1200 is not a toy for the faint of heart: 130 hp and 115 Nm are specs to be reckoned with in the hands of a skilled rider.

And with adjustable suspensions, Brembo brakes, ABS and a traction control system designed for this very bike and its savage nature, the 2011 Dorsoduro 1200 is definitely one scary road monster for those willing to take a daring step on the extreme side of biking. 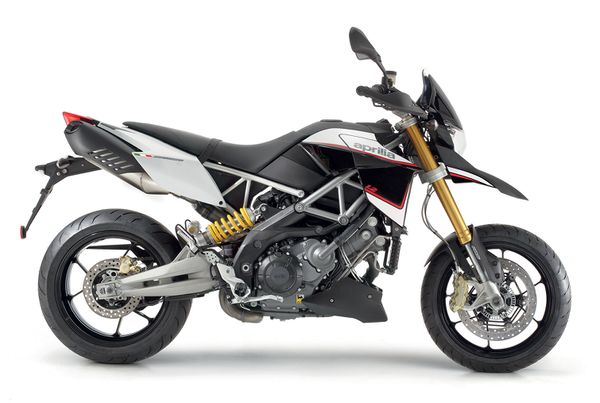 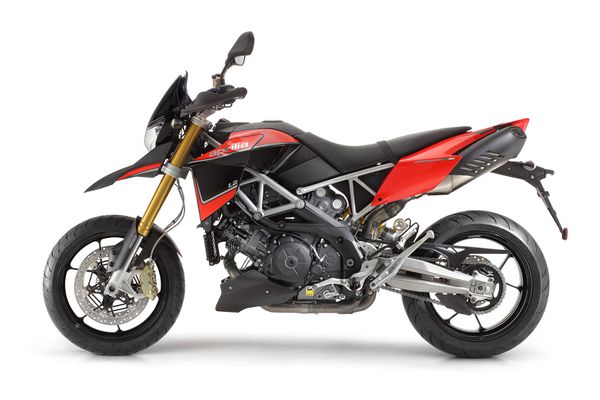 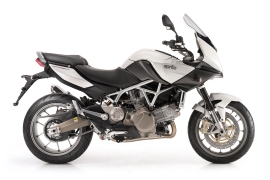 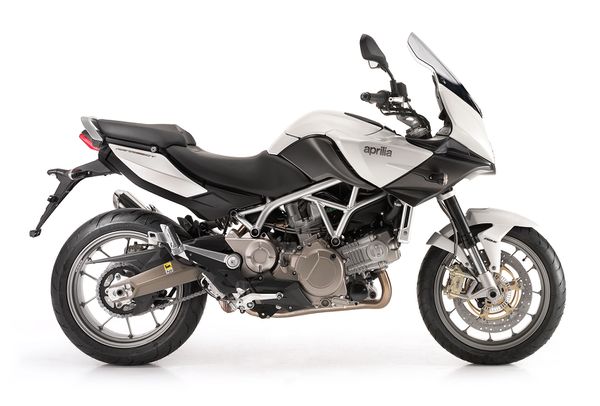 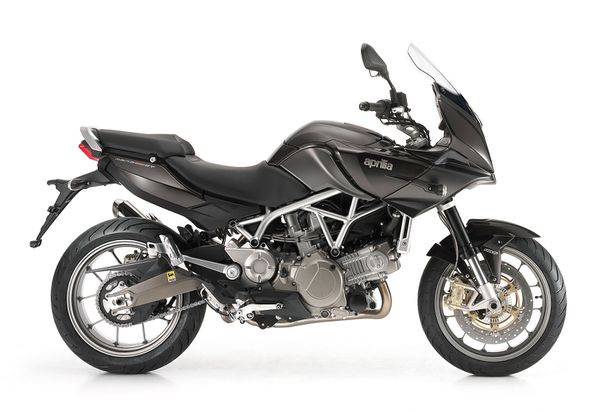 If you plan to someday become the king of the streets, you need a horse. Or a bike. And if you go for the latter, why not throw a leg over the 2012 Aprila Dorsoduro 1200, a hot machine like no other? Powerful and nimble, dripping with asphalt aggression and boasting exceptional steering, this supermotard takes things ta the really wild side.

While middleweight supermoto machines are already evil, try to imagine the fury you can unleash from this 1197cc v-twin! Ready to take on any road and any track, the 2012 Dorsoduro 1200is definitely not a toy for beginners or the faint of heart. In fact if you aim for the king of the street title, boldness should be your middle name! 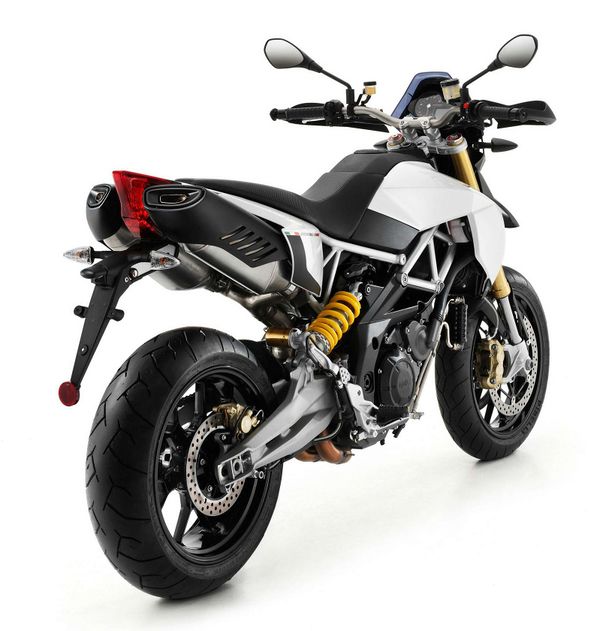 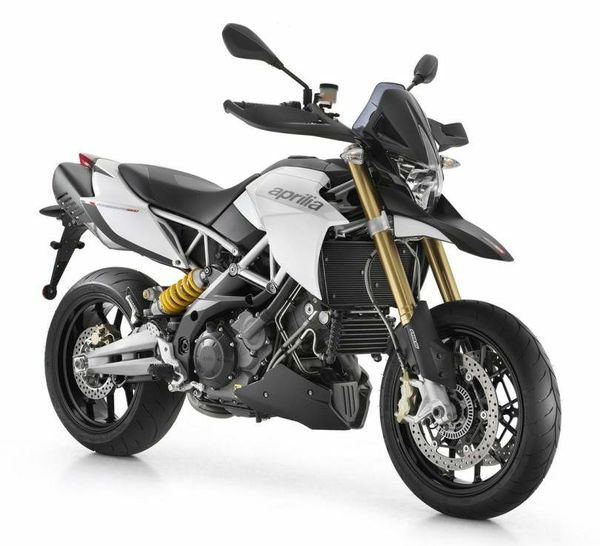 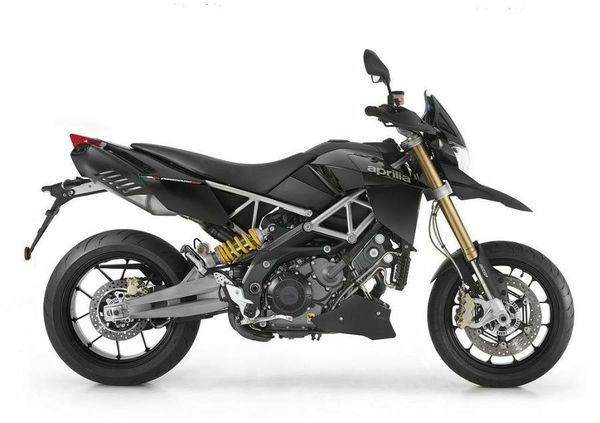 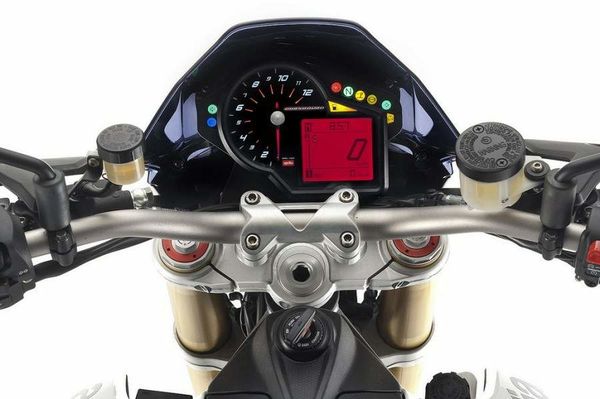 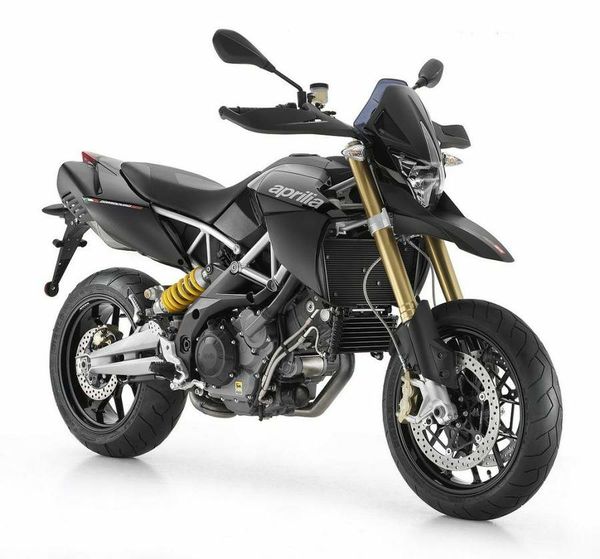