The engine was a liquid cooled single cylinder, two-stroke. A 40.0mm bore x 39.3mm stroke result in a displacement of just 49.0 cubic centimeters. Fuel was supplied via a single overhead cams (sohc).

The bike has a automatic transmission. Power was moderated via the automatic centrifugal dry clutch. 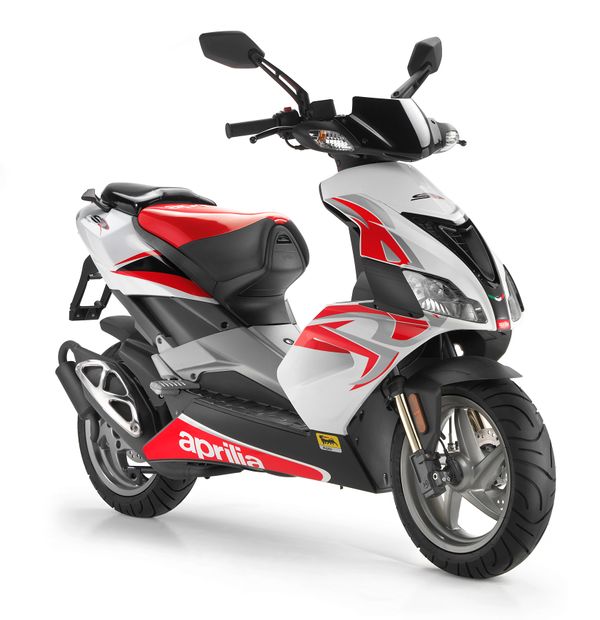 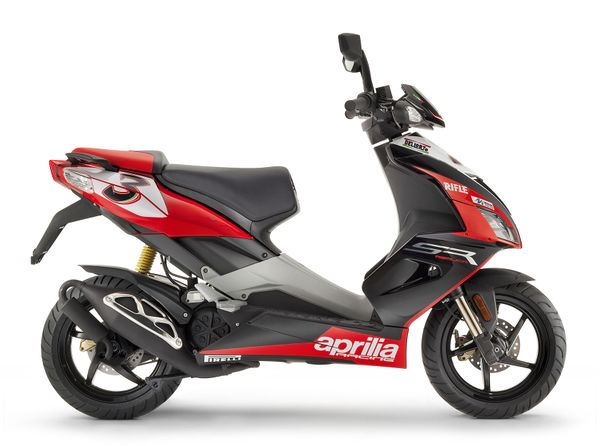 Some say that a 50cc which looks like a World Superbike winning machine is an impossible thing, but Aprilia begs to differ. If a small-displacement scooter with killer, racing looks and Aprilia's traditional sporty character is you're thing, then the 2009 SR 50 is definitely your treat.

Drawing cues from the RSV 1000 R, the 2009 SR 50 is stylish and has great technology to back the gorgeous looks. The brawny 2-stroke liquid-cooled engine is electronically injected and provides quite a punch for swift city rides. Add in the dual disc brakes and you're set. 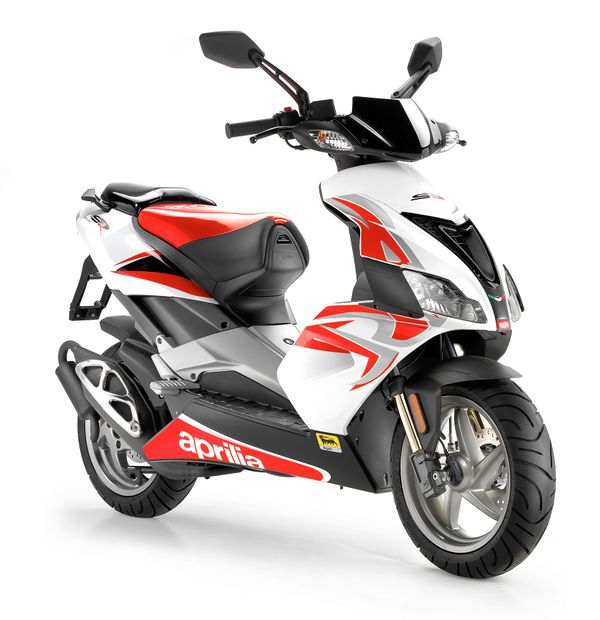 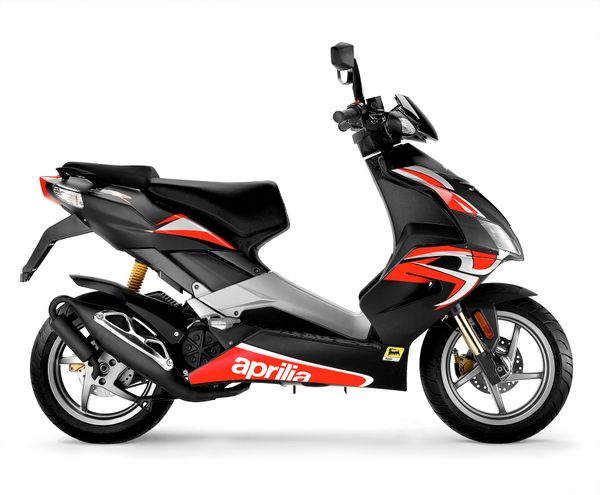 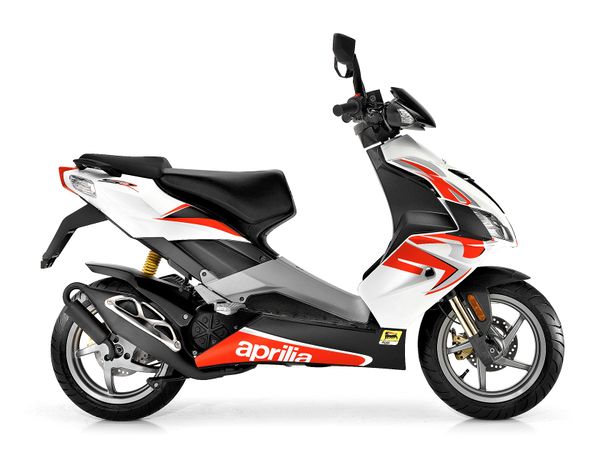 If anything, the livery of Aprilia's scooters is one of the coolest around. Even with a basic, small-displacement scooter such as the 2012 SR 50, riders can enjoy massive styling which is on par with any of the liter-class sport bikes designed by the Noale manufacturer. The comprehensive digital dash is another feature which sets the 2010 SR 50 apart form other similar two-wheelers, and it adds to more glorious features.

The 2-stroke machine is easy to tame with dual hydraulic disc brakes, while the automatic transmission makes things as intuitive as it gets. 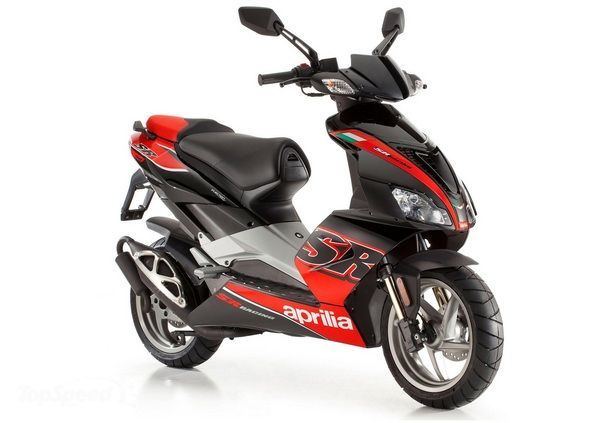 The 2011 SR Motard 50 is the smaller version of the Aprilia 125 commuter, a machine destined to provide fast, reliable transportation. More than covering for the basic transportation needs in the cluttered urban traffic, this scooter also comes with awesome styling, derived from Aprilia's sport motorcycles and proudly displaying a livery worthy of any racing paddock.

Powered by a 49.4cc 2-stroke Piaggio engine cooled with forced air, the SR Motard 50 comes with an easy-to-use automatic transmission which makes operation simple and intuitive even for new riders. The underseat storage can hold a flip-up helmet. 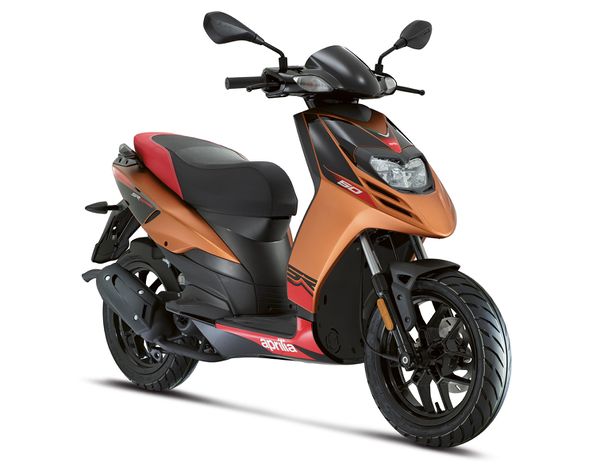 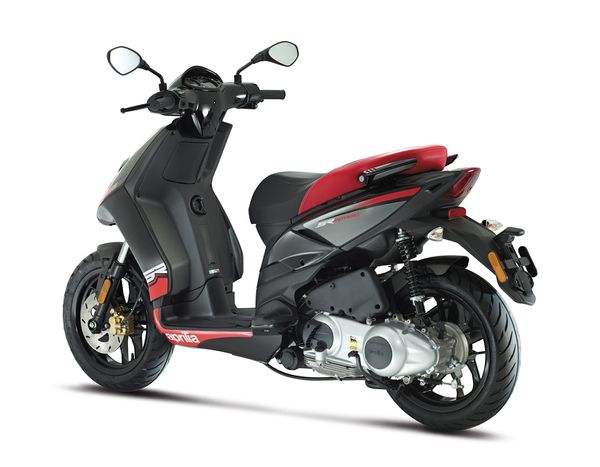 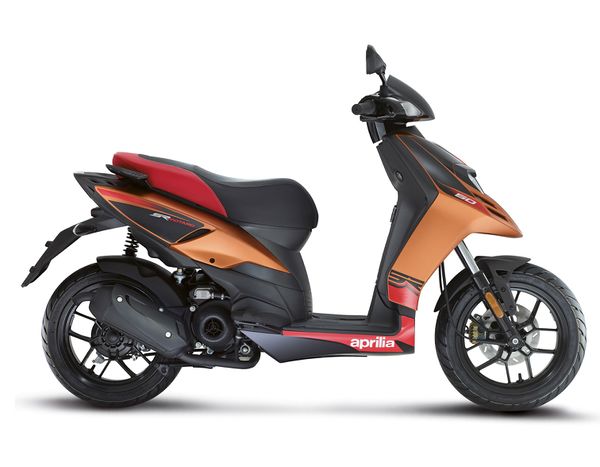 The 2014 Aprilia SR Motard 50 sports a lively 50cc two-stroke engine which. The small displacement makes the scooter very nimble thanks to the reduced weight.

Big 14" gloss black wheels with five double-spoke design give the small two-wheeler a look that reminds you of its award-winning distant cousins that speed and drift around the supermoto circuits. 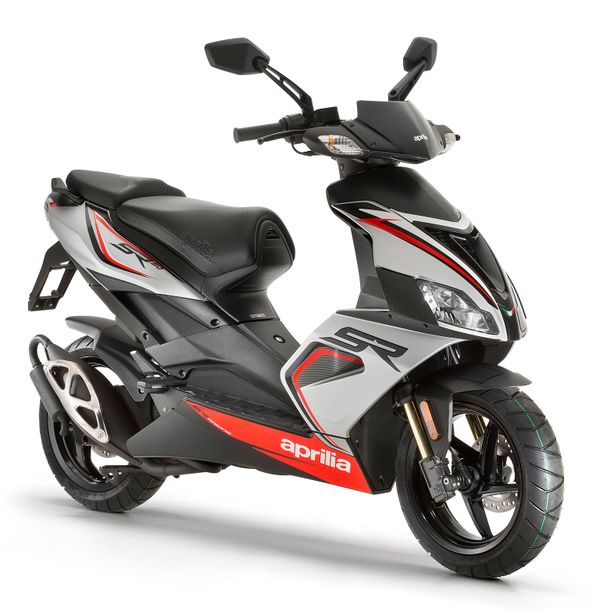 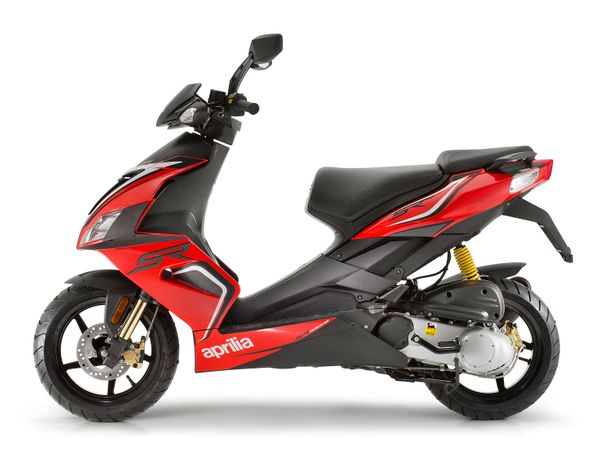 With a design inspired from the 2013 Superbike World Championship (the RSV4), the 2014 MY Aprilia SR 50 R is a small-displacement two-wheeler that can be equally used for daily commutes on busy city streets or weekend races with other small 50cc class scooters.

The engine is a liquid-cooled, two-stroke 49cc lump with direct injection, one of the most powerful engines in its class. Another feature worth mentioning are the 13" wheels, some of the bigger scooter wheels on a production model. 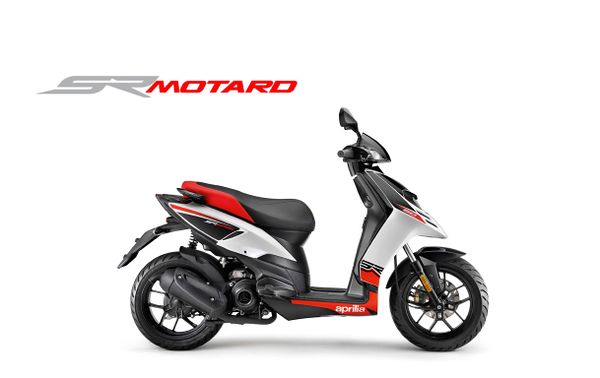 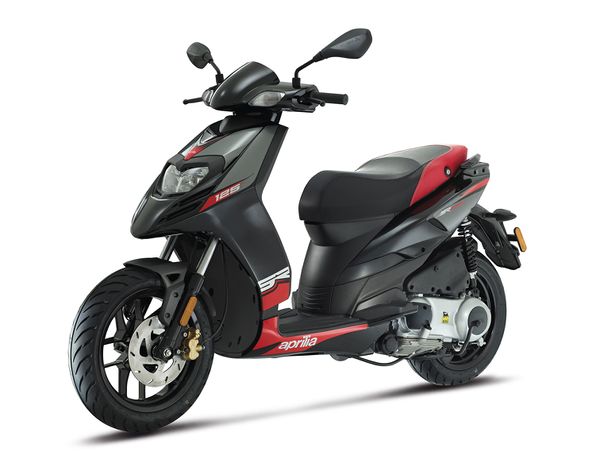 The 2015 MY Aprilia SR Motard 50 is equipped with a dependable air-cooled, four-stroke 49cc engine. Sporting a compact design, this machine comes with a superbike-inspired design that will make heads turn, and is suitable for riders who need great fuel efficiency, easy-to-operate, intuitive controls and excellent mobility in the crowded urban jungle.