The engine was a liquid cooled in-line three, four-stroke. A 85.0mm bore x 71.4mm stroke result in a displacement of just 1215.0 cubic centimeters. Fuel was supplied via a double overhead cams/twin cam (dohc).

The bike has a 6-speed transmission. Power was moderated via the wet. multi-plate.

The 1997 MY Triumph Trophy 1200 sports a four-stroke, liquid-cooled, four-cylinder engine that produces 108 horsepower and a massive 104 Nm of torque at just 5000 rpm. The engine is tweaked for improved performance at low and mid-range revs, making the Trophy a proper touring motorcycle, capable of daily commutes and transcontinental hauls at the same time.

When it comes to comfort, the two-wheeler features full-fairing and big panniers for improved protection against the elements, plus a big dual-seat, offering lots of room for the rider and the occasional passenger. The trophy is also capable of carrying impressive amounts of luggage, thanks to the standard, color-matching, hard saddlebags. 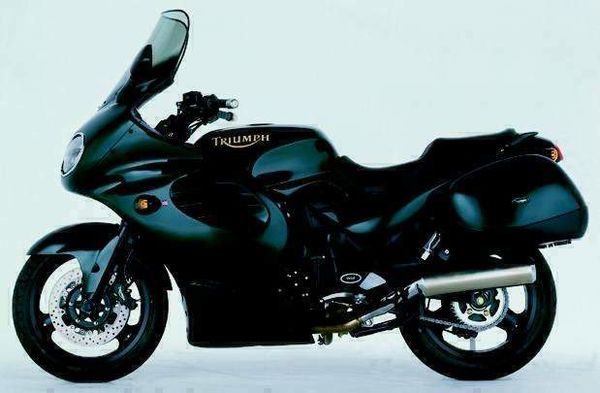 The 1999 MY Triumph Trophy 1200 is the flagship tourer from the British engineers. Capable of producing 108 horsepower and a massive 104 Nm with its 1180cc lump, the two-wheeler handles surprisingly well for its big bulk of 235 kg.

Capable of carrying tremendous loads in its standard, hard saddlebags, even with a passenger, the two-wheeler will do so surprisingly fast,and, thanks to the full fairing, without any inconvenience for the rider or the passenger. Whether one decides to ride it on his way to work or takes it on a transcontinental haul that last months, the Trophy 1200 will behave as expected from a large-bore touring motorcycle. 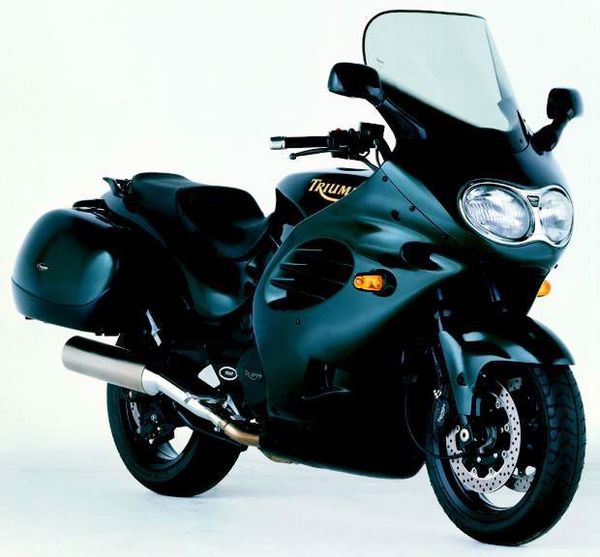 The 1999 is the flagship asphalt touring machine in Triumph's roster, a bike built around a muscular in-line 4 engine and with one goal in mind: blending road worthiness with high comfort. The bike is engineered to provide a rewarding experience for both solo riding and two-up adventures, with fully-loaded sidecases.

Even when loaded, the adjustable suspensions and robust engine are delivering the right amount of passing power, mid-turn nerve and high-speed maneuverability needed to make any rider smile, in any scenario. 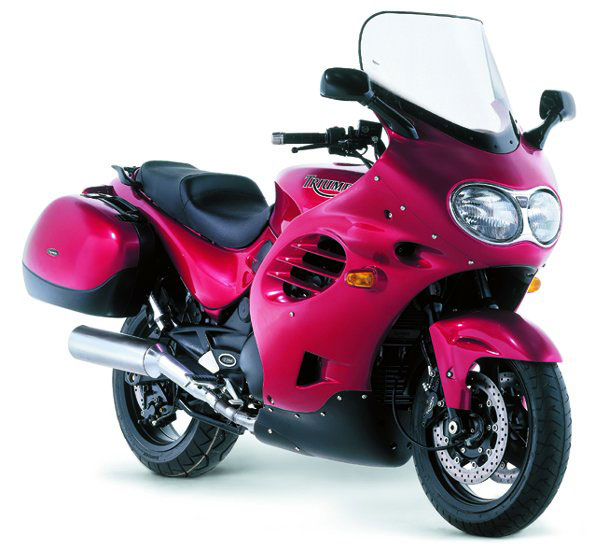 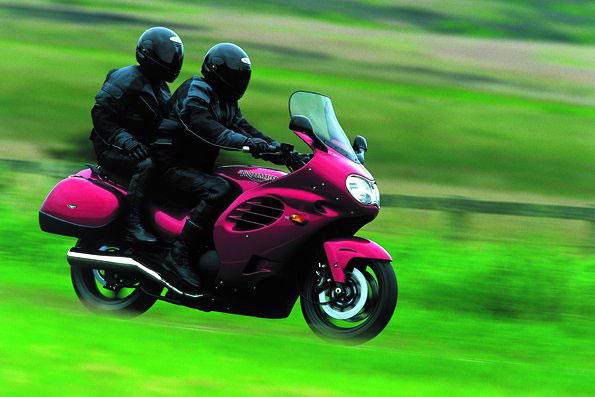 The 2000 Triumph Trophy is the ultimate road-touring machine, boasting a muscular engine and premium comfort, exceptional road stance and great luggage accommodation features. With the generously-roomed, integrated sidecases, the 2002 Trophy is a great choice for a vacation on 2 wheels, while the 25-liter tank makes sure you'll stop more for taking photos than for refueling.

With very good weather protection, the 2000 Trophy will offer a rewarding riding experience even though the rain and wind will try to spoil your trip. 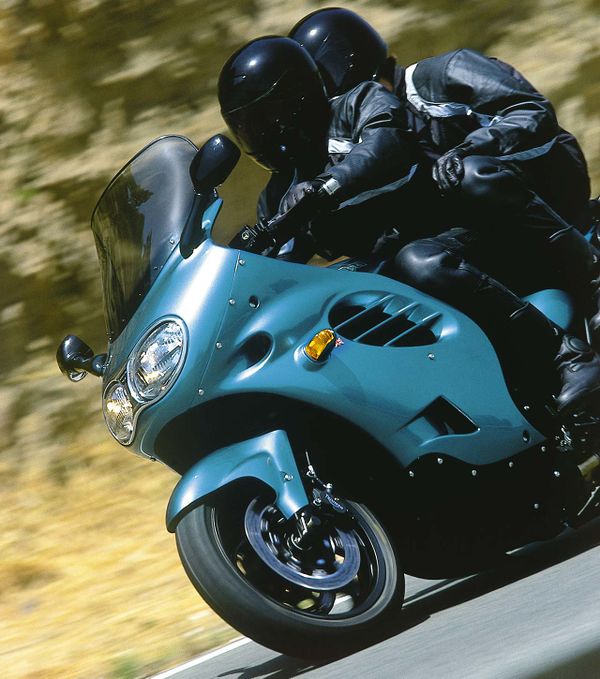 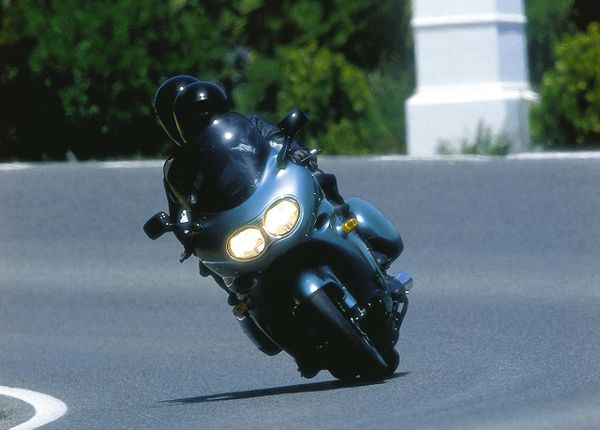 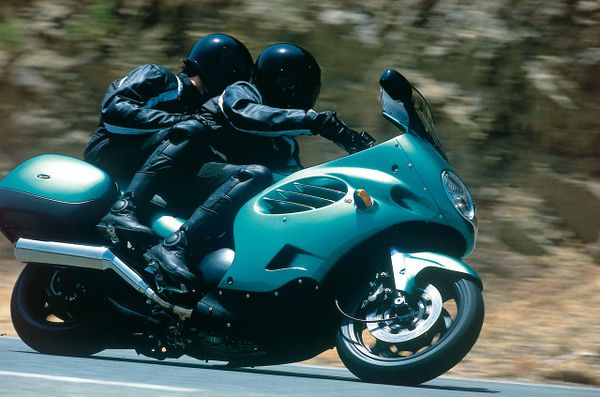 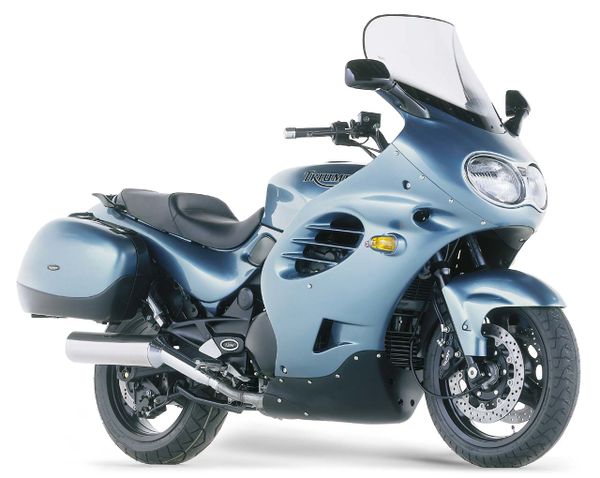 The 2001 Trophy is Triumph's elite asphalt tourer, a bike created to cross state line after state line, and still keep carrying you towards the other side of the continent. With excellent comfort and weather protection, the Trophy is still an aerodynamic machine capable of blazing along the highways.

With a color-coded integrated luggage system and plenty of accessories, the Trophy's muscular in-line 4 engine will have you smiling in as you twist the throttle right off idle. 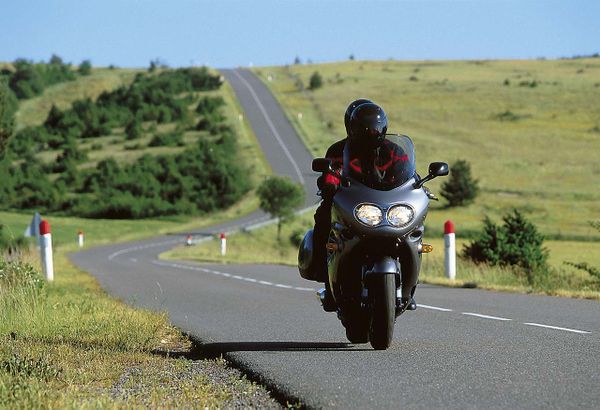 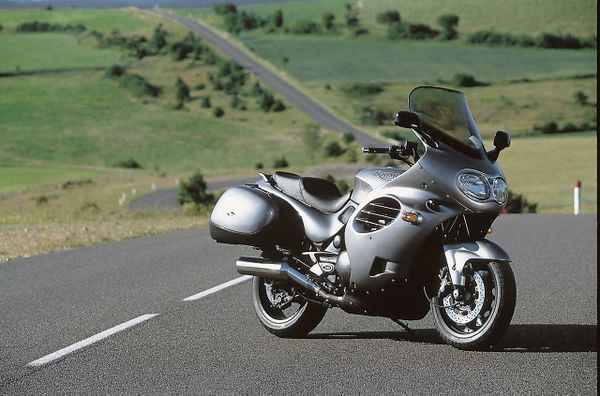 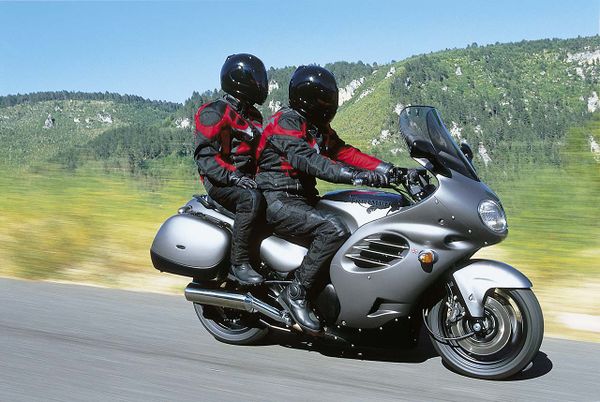 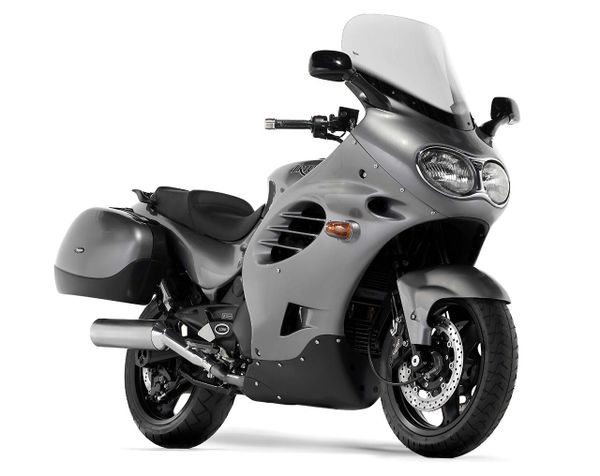 The Trophy is an asphalt-touring motorcycle which can serve as both daily ride to work and as a machine for the vacation of a lifetime. Powerful to tackle all traffic scenarios, the 2002 Trophy is also a milestone in terms of motorcycling comfort, providing a relaxed stance but retaining the feeling of being in control.

And with an integrated luggage system, the 2002 Trophy is ready for both overnight trips and fortnight-long journeys across the continent. With an 1180cc in-line 4 and 108 hp to spare, the Trophy really doesn't care if you're traveling alone or with a passenger. 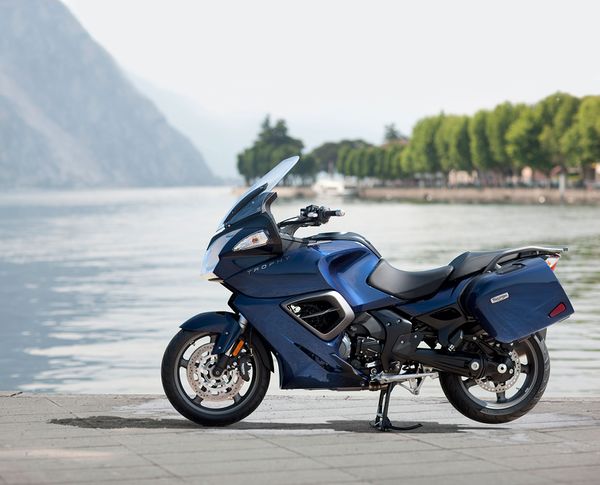 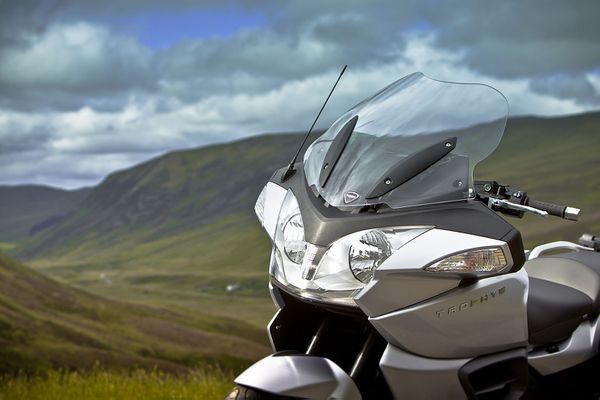 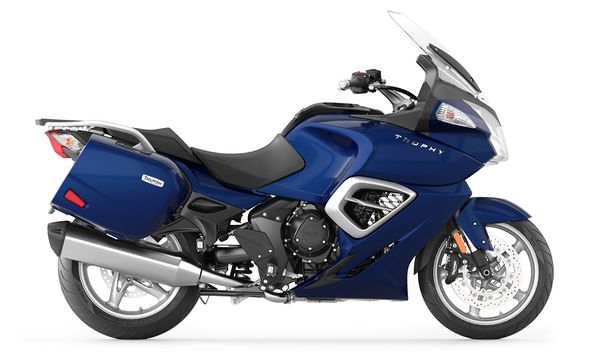 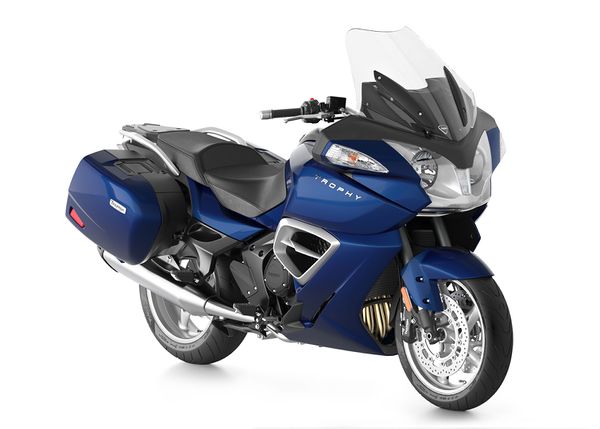 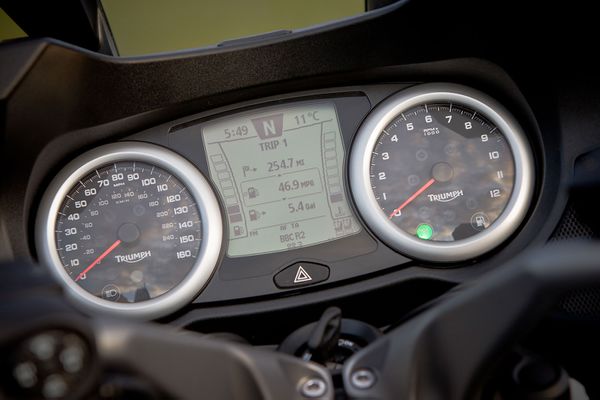 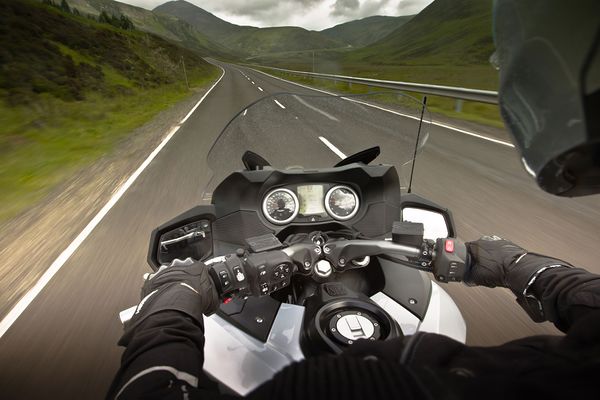 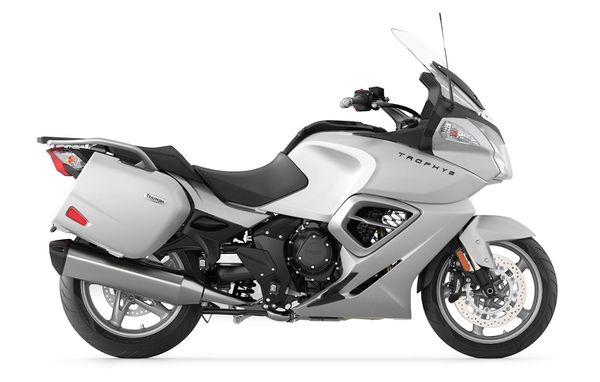 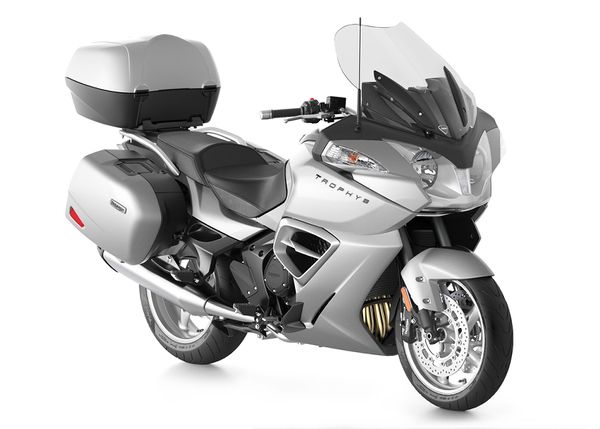 In case you thought that the 2012 Trophy was cool, wait until you hop on the Special Edition of the bike. It carries on all the nifty features of the base model, but brings in even more touring comfort and more advanced technologies to make life aboard this two-wheeled flagship easier and funnier.